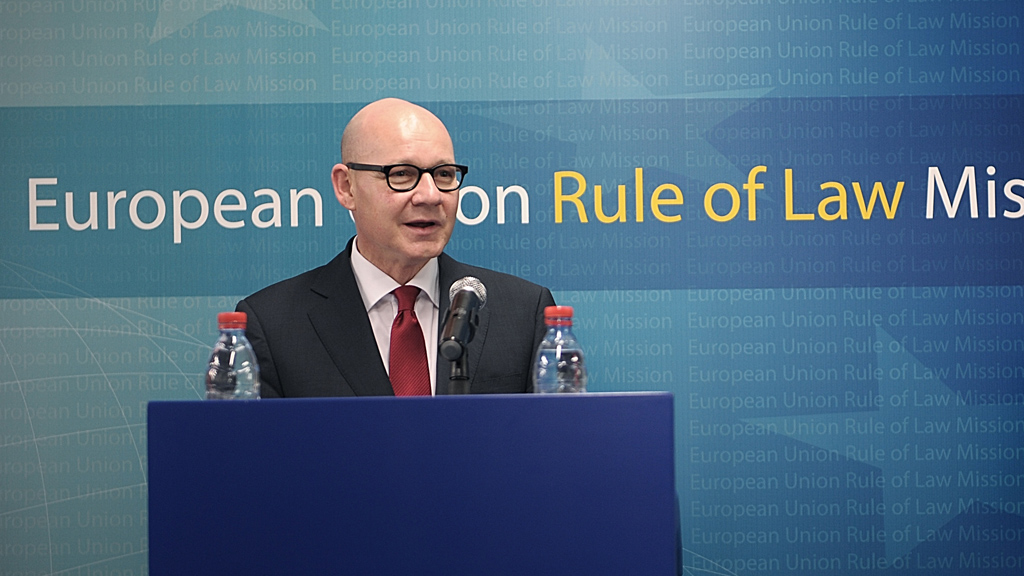 There is a lot of debate about the origin of the English expression “Mind your Ps and Qs.”  Some say that it originally referred to Pints and Quarts, admonishing pub owners to mind their measures, while others claim that it warns printers’ apprentices to take care with the arrangement of these two letters.   Regardless of whether it was printers or quarts, now the expression “Mind Your P’s and Q’s” means to be on your best behaviour.

In the recent atmosphere of paranoia and questions about EULEX, it seems to me to be time to clarify a few key Ps and Qs: I offer the following points to make things clear:

My promise to Kosovo is that as long as EULEX remains, we will mind our Ps and Qs.  We will not be dragged into political games, but rather we will keep our eyes on the goal of ensuring that Kosovo has every opportunity to build strong, independent rule of law institutions.  In the end, however, all that the EU and EULEX can do is ensure that Kosovo has the opportunity to provide independent rule of law to its people -   Kosovo’s people and politicians must be the ones who decide providing good governance and rule of law for all is the non-negotiable, highest priority of its government.