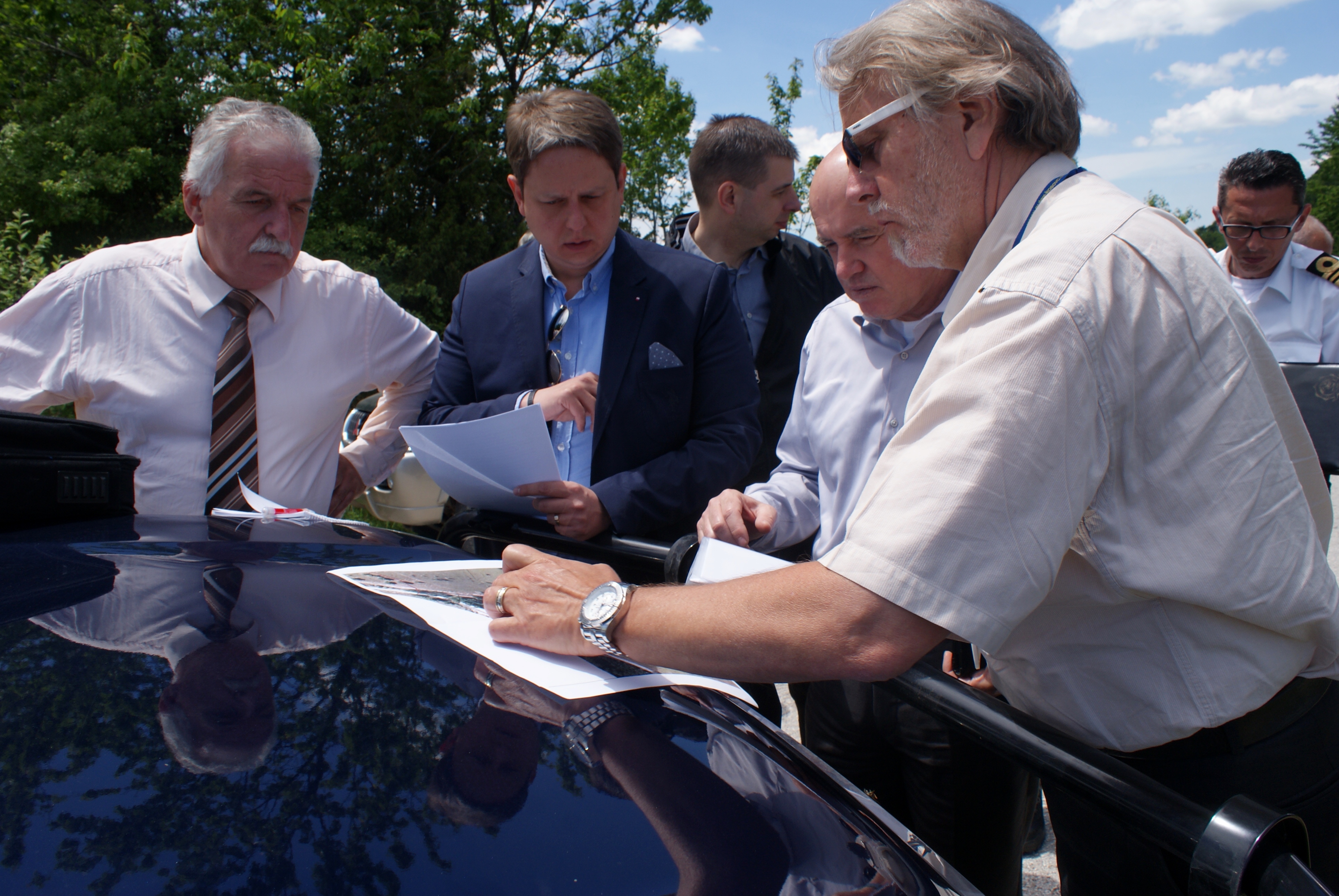 On 9 and 10 June, the Chair of the IBM Implementation Group within the EU facilitated dialogue, Bernd Thran, together with the representatives from Pristina and Belgrade parties and EULEX experts visited the sites for the establishment of two new interim co-located crossing points (CPs): Kapi/Kapija Vrapce in the south and Rajetici/Izvor in the north. The two new CPs will be used solely for local border traffic and will, in the main, facilitate the needs of the local community.

At both sites, the respective parties explored infrastructure possibilities for the new CPs and discussed next steps, including the expropriation of land, infrastructure, and construction timelines. Following agreement on the exact locations and the layouts of the CPs, the EU facilitator, Bernd Thran, and senior representatives from Pristina and Belgrade signed the respective plans.

The two visits were conducted in an extremely cordial and positive atmosphere and Mr. Thran commended both parties for their constructive approach: “I am very happy to be here at the request of both parties. Your commitment to the opening of more crossing points is indeed a visible sign of your engagement to respond to the needs of the local population and normalize relations between Belgrade and Pristina. This is at the core of the Dialogue and its IBM Agreement, which is proving to have become a successful story,” Bernd Thran concluded. It is expected that both new CPs will become operational in 2016 at the latest.

This development is yet another major step forward in the implementation of the IBM Agreement, which foresees the two new interim CPs sharing the same geographic location. In December 2012, the first four interim IBM CPs became operational, followed by two more at the end of February, 2013. Through closer proximity and daily cooperation, control procedures have been significantly improved and, as a result, the flow and clearance of traffic through the CPs has become much swifter. As part of the IBM Agreement, easing of traffic controls is also implemented during holidays and throughout the summer period; this has notably shortened the long queues of traffic and waiting times for passengers. In addition, through a series of regular meetings at local, regional, and central level, the overall communication between Pristina and Belgrade has improved immeasurably, fostering ever increasing exchanges of information, including electronic data in the area of customs.

Furthermore, starting in December, 2013, customs revenue has been collected at the two northern CPs which has amounted to over €6 million in revenue. These revenues are transferred directly into a fund that supports the development of northern Kosovo.

The IBM Agreement can realistically be deemed a major success in the ongoing EU facilitated Dialogue and the implementation process continues to evolve with ever improving cooperation and communication between the two parties at every level.