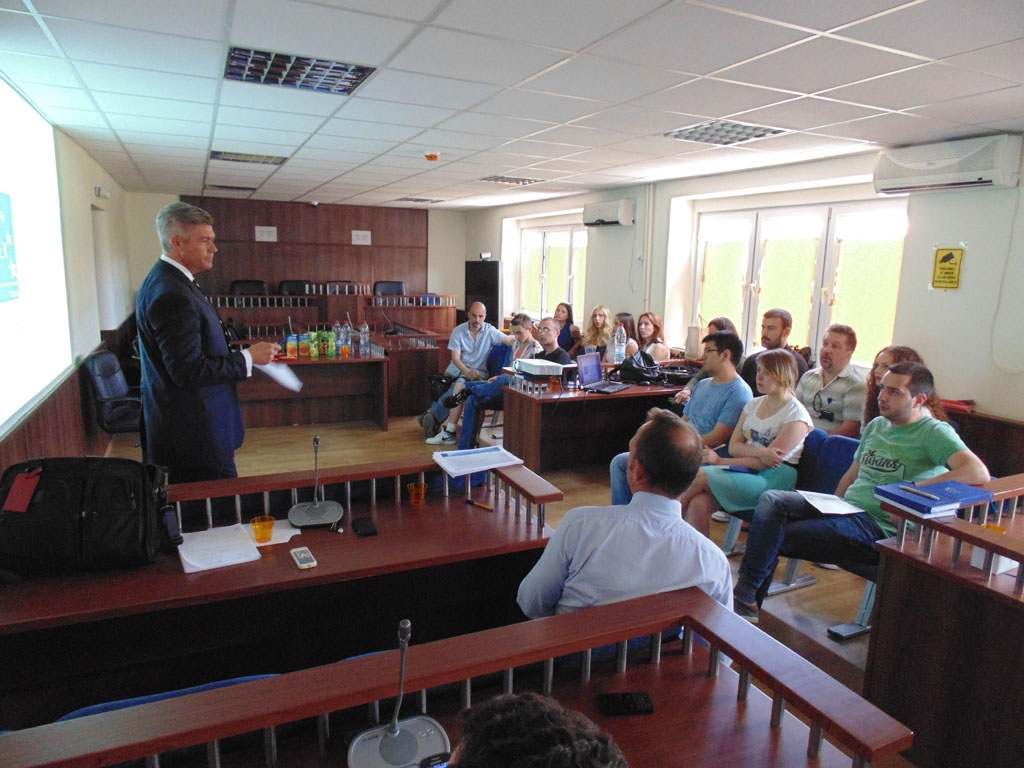 Last Wednesday, June 10, EULEX teamed up with Advocacy Center for Democratic Culture , ACDC, a local NGO, to implement an advocacy training seminar for university law students in northern Mitrovica. The seminar, taking place in the main courtroom of the Mitrovica Basic court, served as in induction session in advocacy training for the eighteen law students to prepare them for a series of mock trials that are set to take place this September.

EULEX Deputy Head of Press and Public Information, Dragana Nikolic-Solomon, moderated the seminar that was led by EULEX Prosecutor, Andrew Carney, and President of EULEX Judges, Malcolm Simmons. Dusan Radakovic, ACDC’s Executive Director, having closely worked with students through in-house initiatives over the past several years, also attended the event.

Andrew Carney and Malcolm Simmons introduced the students to the rules of advocacy. Andrew Carney presented the role of the prosecutor and explained how a prosecutor collates evidence and presents it before a court. “A prosecutor often deals with large amounts of disparate evidence, such as ballistics results, telephone intercepts, witness testimony, and DNA findings,” Andrew stated.

Andrew followed up with the role of the defense counsel and some of the unique tactics used to discredit the prosecution. Malcolm Simmons explained the role of the judges, their independent approach, composition of panels, and treatment of witnesses and defendants.

Following the training, the students engaged in a discussion that elaborated further on the issues of particular concern to them, including the paths they can expect should they choose to pursue their careers as a judge, prosecutor, or defense lawyer. This group of students will remain engaged with EULEX and ACDC throughout the following several months as they prepare their roles for the mock trials that are planned for September. 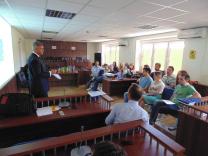 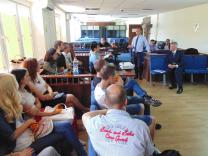