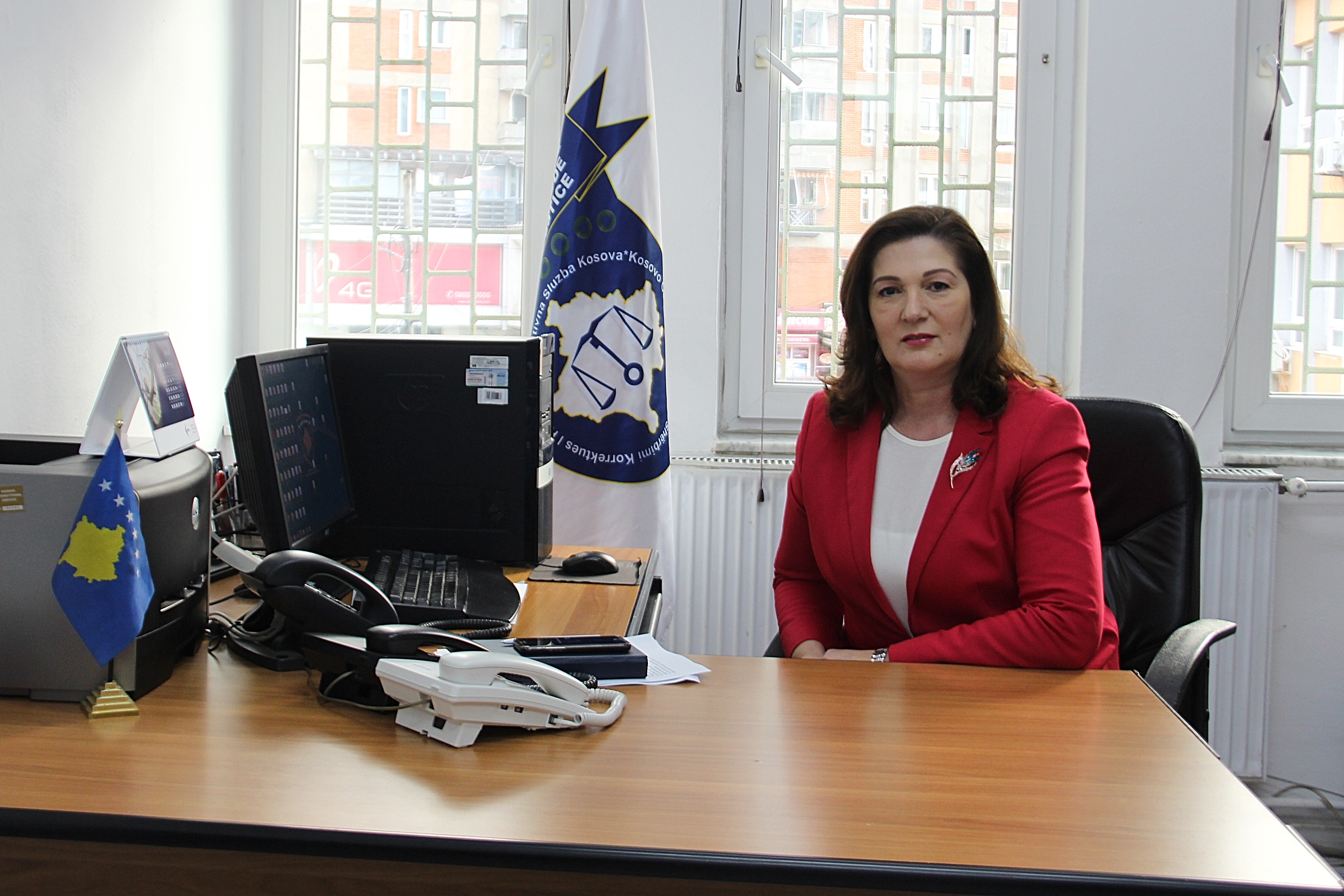 Her extensive twenty-year experience has made the challenges she faces daily much easier to overcome. She singles out her experience in the Dubrava prison, which is the largest of its kind in Kosovo.  The fact that she held different types of positions in the Correctional Service throughout her career prepared her really well for the executive position she now holds.

âI know the fundamentals of this job, so now, as the Deputy Director of the Peja Detention Center, the decision-making process is less challenging for me. Although my job is very sensitive, dealing with inmates is a very sensitive and complex matter, I am prepared to make difficult decisions in a very quick and timely fashion,â says Zyrafete.

Further down the memory lane, Zyrafete recalls that 20 years ago a woman that would chose a career in this field would face an enormous amount of prejudice. Today this is not the case. âA woman working in the correctional service used to be taboo, but today I see more and more young women choosing this career path, no matter how tough this job can be,â she says.

She has been a leader in this male-dominated sector for many years now. Thanks to her will, determination and love for her job she managed to break the glass ceiling. According to Zyrafete, it is the power of a woman who does her job with determination that matters the most and makes a difference.

When it comes to the academic preparation for this line of work, educational institutions in Kosovo do not offer programmes focused specifically on this kind of expertise. For instance, Zyrafete is an Economics major. However, once a person is employed in the correctional service there are many specialized training courses for staff, delivered by the Kosovo Academy for Public Safety.

Throughout her career, Zyrafete has managed about 650 staff and was also responsible for overseeing approximately 1,100 inmates in the Dubrava Correctional Center.  âIt is not easy. It is a 24-hour job. When incidents happen, I often have to visit the scene of the event and deal with the situation. I am able to do this thanks to my experience, but also my courage, which is a very important factor that helps you make important and difficult decisions on the spot. My colleagues, but also the inmates, appreciate the fact that I am an impartial and a very straightforward person. They know I will treat everyone equally and fairly,â explains Zyrafete.

Zyrafete is also the President of the Women Association in the Kosovo Correctional Service, which aims to advance the position of women in the KCS, raise awareness and promote gender equality, as well as offer professional development opportunities for women. Zyrafete explains that only 13% of the KCS staff are women, therefore, the Women Association is trying to address this issue through different activities, including outreach events, study visits abroad and training courses.

The fact that she does her job with passion is what enables Zyrafete to keep her calm and not to be stressed when she goes home. The huge support she enjoys from her family, especially her husband who has always supported her career ambitions and often pushed her to strive for more, is key to her success.

Zyrafete is also a happy mother of three successful children. Above anything else, she enjoys spending quality time with her family and is very passionate about traveling.

She concludes by urging young women to trust themselves, trust their instincts and have self-confidence: âBe yourself and above everything love your job and do it with passion. Success will undoubtedly follow.â