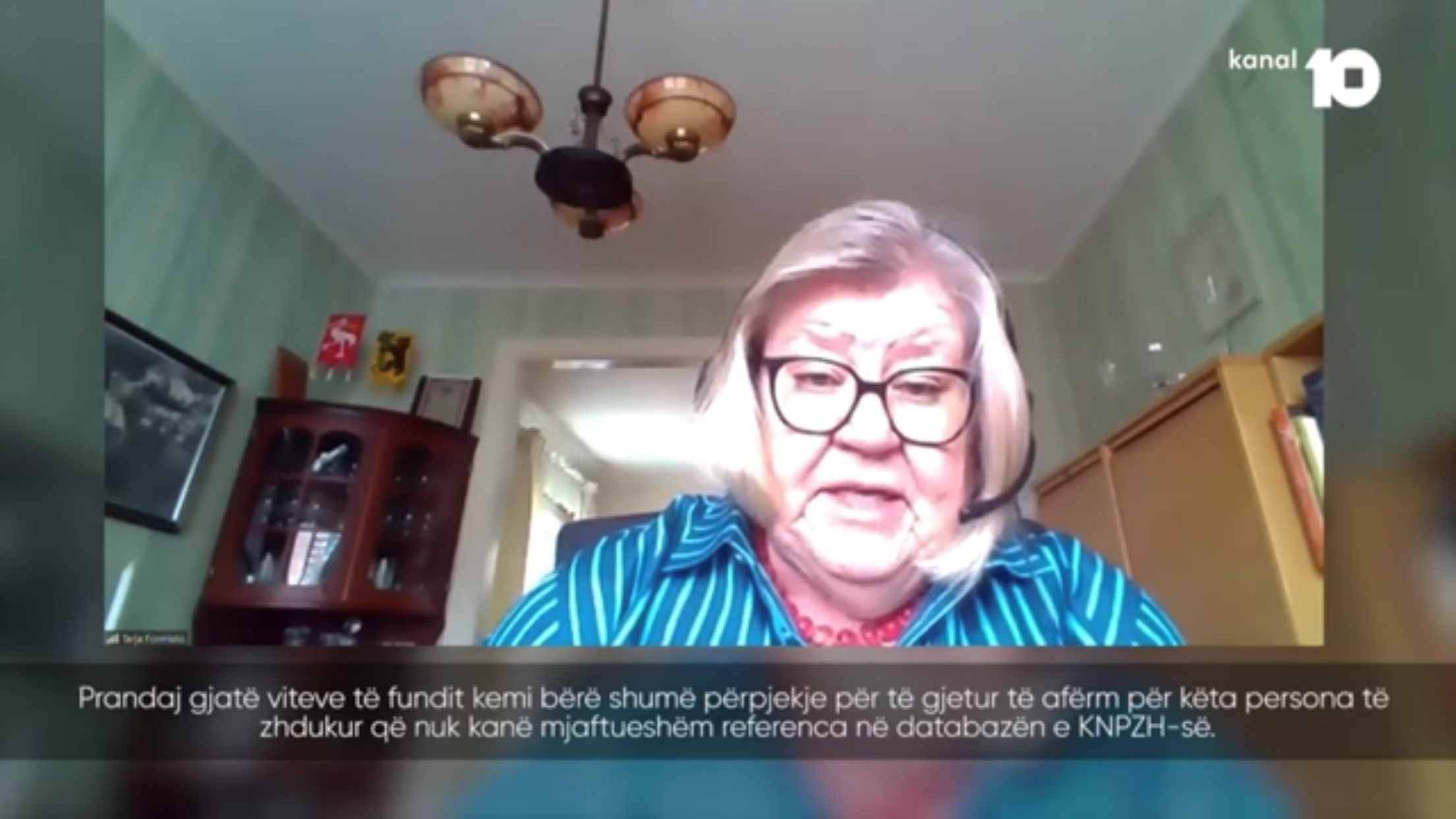 27 April marks the National Day of Missing Persons in Kosovo. The Deputy Director of the Institute of Forensic Medicine and EULEX expert, Tarja Formisto, gave an interview for the Kanal 10 documentary titled âTracing the missing personsâ, where she talked about the Missionâs work in finding missing persons and what this complex and sensitive process entails.

"I look who has been exhumed and when, who has been identified, and what remains we have in the mortuary. During the inventory, I realized that some mortal remains were not DNA-tested and that some remains did not belong to missing persons. When this was done, I realized that I also needed information on missing persons, how they disappeared and what kind of information we had on them ante mortem. This was the next step. Believe it or not (â¦) once we found out that a missing person actually was alive and living in Germany. So, we saw that it was important to see who was reported as a missing person, their background, and whether their family gave blood sample to the ICMP,â explained Formisto.

DNA testing of the remains is crucial in the process of identification. âThe only way to identify the remains was to take samples and do the DNA test. In this way, we managed to get new identifications from all massacres. The forensic teams that worked in Kosovo during 1999 also created a basis for us to continue to work,â said Formisto.

She also said that approximately 50 per cent of the missing persons in Kosovo have been found in cemeteries. Every year, when a grave was opened and it was established that it was already occupied, the EULEX team of forensic experts was immediately called to check if the remains indicated that it was a missing person case. There were also cases where the remains were separated in different sites. âFor example, in 2014, when we were working in a mass grave in Rudnica, we found the remains of 54 individuals. In one case, we only found two small scull fragments. Once we managed to get a DNA profile, the personâs family did not want to bury their loved one without the rest of his or her body. And, we found the rest of the remains in Kizevak,â explains Formisto adding that solving a missing personâs case âdepends on what you have in the beginning of the processâ.

Further, she calls on both Serbian and Kosovo Commissions on Missing Persons and the two governments to be transparent, give each other information that is needed, and do everything that is possible for the families of the missing persons. She also urges people who have information to come forward, and the families to give blood to enable the process of identification.

âWitnesses shouldnât be afraid and threatened. They should feel that they are safe and they should be able to come forward with information, if they have it. Because, we are working for humanitarian reasons, we are not prosecuting anyone. We just want to find the missing persons.â

Sometimes families hesitate to give blood because they feel that in this way their last hope of finding their loved one alive is taken away. But, according to Formisto, giving blood is crucial to give families closure in their painful journey of finding their missing loved ones.

Other interviewees that were part of the documentary were: Saranda Bogujevci, Deputy Assembly Speaker of Kosovo; Naim Qelaj, Ombudsperson; Arsim Gerxhaliu from the Kosovo Institute of Forensic Medicine; Ibrahim Makolli from the Government Commission on Missing Persons; Drita Hajdari from the Special Prosecution of Kosovo (SPRK); Bekim Blakaj from the Humanitarian Law Centre; Negovan Mavric from the Missing Persons Resource Center; and Luigj Ndou from the International Commission for Missing Persons.

The full documentary is available here