On 15 June, EUROPOL experts on combating euro counterfeiting held meetings in Pristina with representatives of the Kosovo Police International Law Enforcement Cooperation Unit (ILECU), the Kosovo Police Directorate for Investigation of Economic Crimes and Corruption, and the Kosovo Forensic Agency to discuss how EUROPOL can support Kosovo in its fight against currency counterfeiting.

The meetings were facilitated by EULEXâs International Police Cooperation Unit (IPCU) and were held upon the initiative of EUROPOL as a follow up on the recent cases of confiscation of counterfeit euro coins and banknotes in Kosovo.

During the meetings, the EUROPOL specialists offered to assist the Kosovo Police in further handling cases of counterfeit of currency, including through financial support about ongoing investigations, forensic analysis of counterfeit euro currency, intelligence on illegal trading platforms, technical examination of raw materials and printing devices that are used for counterfeiting, and a mobile toolkit to provide on-the-spot technical support and expertise in dismantling illegal print and mint shops. 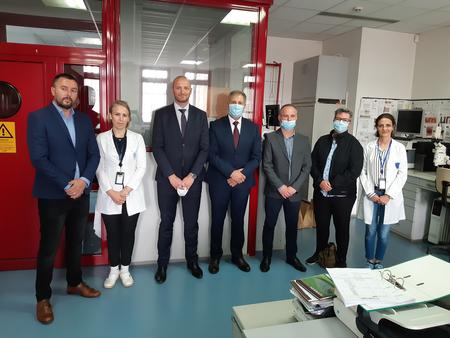