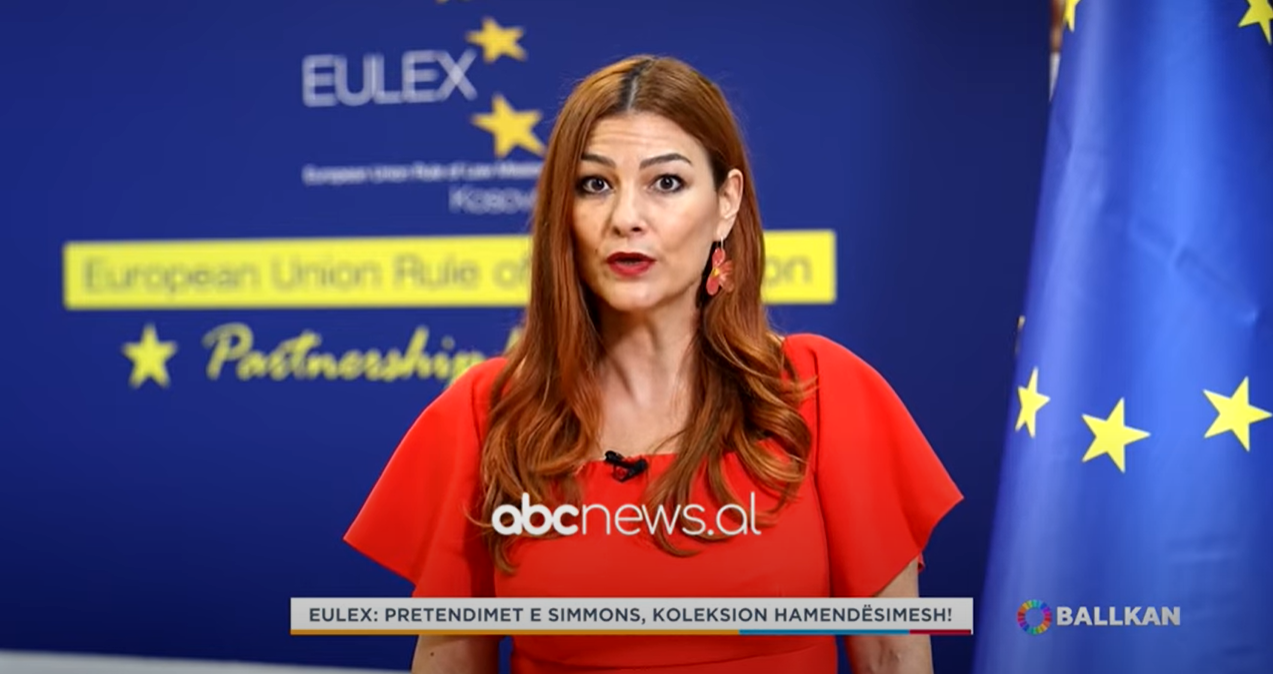 Following Malcolm Simmonsâs unsubstantiated conjectures in the Kosovo Assembly, the Head of the Press and Public Information Office and Spokesperson for the European Union Rule of Law Mission in Kosovo (EULEX), Ioanna Lachana, gave an interview to ABC News Albania, which was aired on 21 July 2021.

A translation of the original interview can be found below. Any subsequent reporting using quotes from the interview should refer to the original source â ABC News Albania.

Does Simmonsâs testimony damages EULEXâs image and reputation in Kosovo and beyond?

His allegations are indeed an attempt to discredit the Mission, but also the EU. It is part of a deliberate disinformation campaign aimed at serving ulterior motives and interests. Simmons did not provide any evidence at the Kosovo Assembly. He just presented a collection of unsubstantiated conjectures and personal opinions. He did so knowing that he cannot be sued for defamation as his statement is covered by the immunity of parliamentary privilege.

We see this as an effort to create a false narrative that will drown out the Brussels-based investigations conducted against him for misconduct. He is obviously dissatisfied with the outcome of the investigations and he is obviously discontent with the UK court dismissal of a civil claim that he brought against the Mission and other EU institutions in 2020. In short, he is unhappy with all legal proceedings against him.

In the interest of transparency, we have already called on Simmons to submit the reports, conclusions and recommendations of the disciplinary board to the Kosovo Assembly, allowing the Kosovo MPs to fully scrutinize his claims.

How do you plan to counter his allegations?

But the truth is so obvious in this case.

Simmons said that âKleckaâ was a case which should have never gone to trial. But he was the one who tried the case as the presiding judge of the trial panel.

Simmons claimed that a judge told him that his job could be at risk if the defendants in the âKleckaâ case were not convicted. However, the truth is that after the trial panel presided over by Simmons acquitted the defendants in September 2013, Simmons not only did not lose his job, but he went on to be appointed President of the EULEX judges a year later.

Simmons disputed yesterday the âDrenica IIâ panel composition and mentioned a 2018 Constitutional Court decision. This is a clear-cut case of misinformation, as there is also a 2019 Constitutional Court decision by Kosovo only judges, who unanimously dismissed a final appeal in the âDrenica IIâ war crimes case, upholding five convictions. Once more, Simmons chose to ignore the facts.

Truth means arguments. This is how we counter his allegations, with legal arguments.

Have you discussed his allegations with your Kosovo counterparts?

We have regular contacts with our Kosovo counterparts and we are discussing many issues. In this frame, we have also discussed the allegations of Simmons and we have informed them that an independent investigation team led by a retired judge of the European Court of Justice was established in Brussels to investigate the allegations of Simmons. However, Simmons failed to cooperate with the investigation team and he did not provide evidence to support his claims.  We also informed our Kosovo counterparts that he asked to become a whistleblower only after several disciplinary proceedings had been initiated against him.

Our Kosovo rule-of-law counterparts have been working with us for 13 years now. We have been working together to make the Kosovo justice system accessible to everyone and trustworthy for the public. We have a strong partnership for justice since 2008, which is in the interest of Kosovo, the European Union, the EU Member States as well as countries who are contributing states to the Mission, i.e. the United States, Canada, Norway, Switzerland and Turkey.

You can watch the full interview here