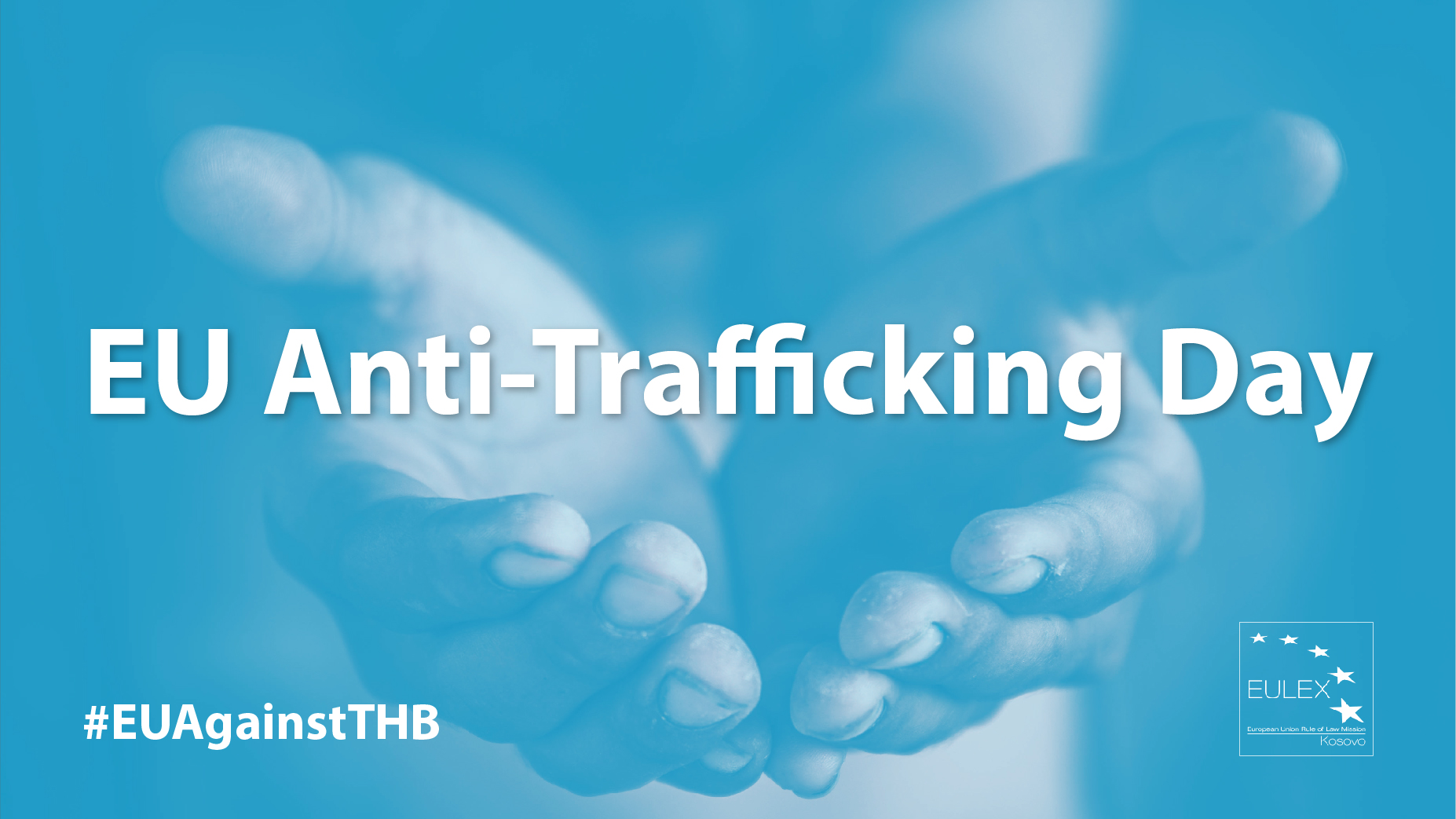 On the occasion of 18 October, the EU Anti-Trafficking Day, the European Union Rule of Law Mission in Kosovo (EULEX) implemented a social media campaign aimed at raising awareness of the need to prevent and combat trafficking in human beings.

Trafficking in human beings is a serious crime and a gross violation of fundamental rights, endangering thousands of individuals every year, particularly women and children. In Kosovo, there were 156 identified victims of trafficking in human beings from 2015 to 2020, including 92 children. According to the latest GRETA report, the vast majority of victims are female and the majority originated from Kosovo. 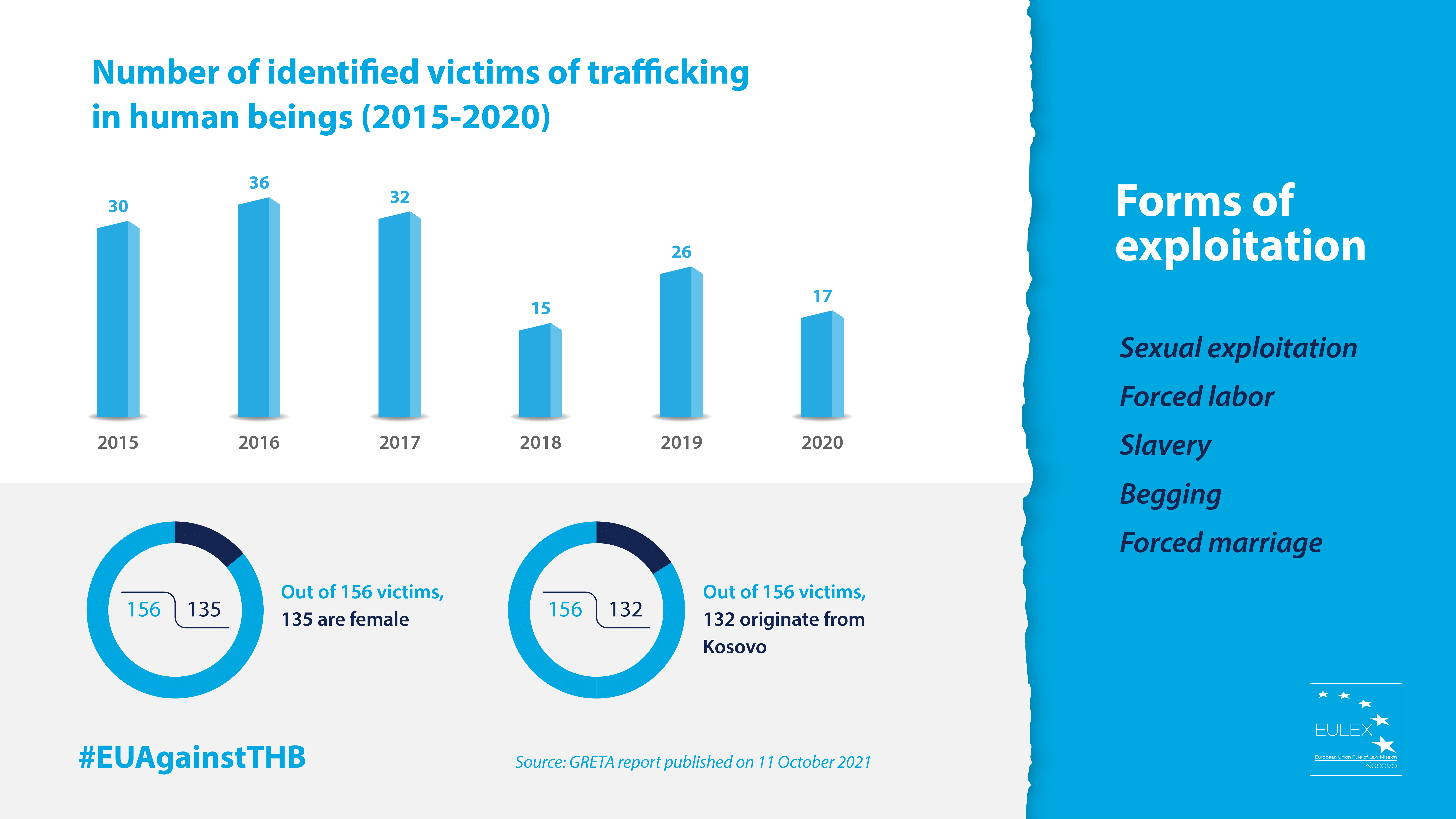 In the past, EULEX prosecutors have handled most of the serious cases of organised crime through Kosovo's Special Prosecution Office. The Mission also organized training courses for Kosovo Police staff, prosecutors and judges focused on strengthening the actions of the Kosovo institutions against trafficking in human beings. 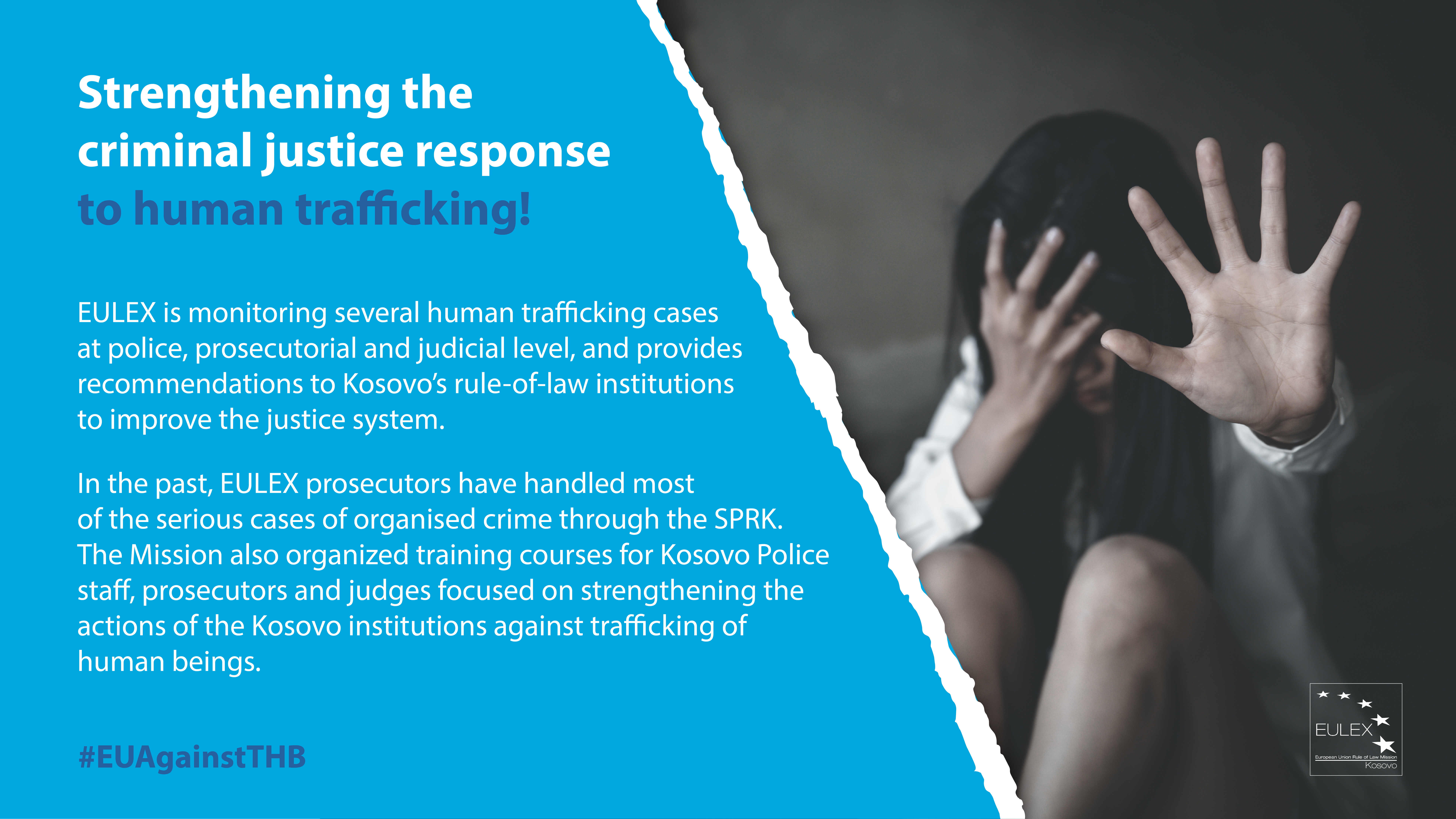 There are various forms of human trafficking. If you have seen a child begging, there is always a possibility that they are being exploited. Donât close your eyes and report the case to the police! 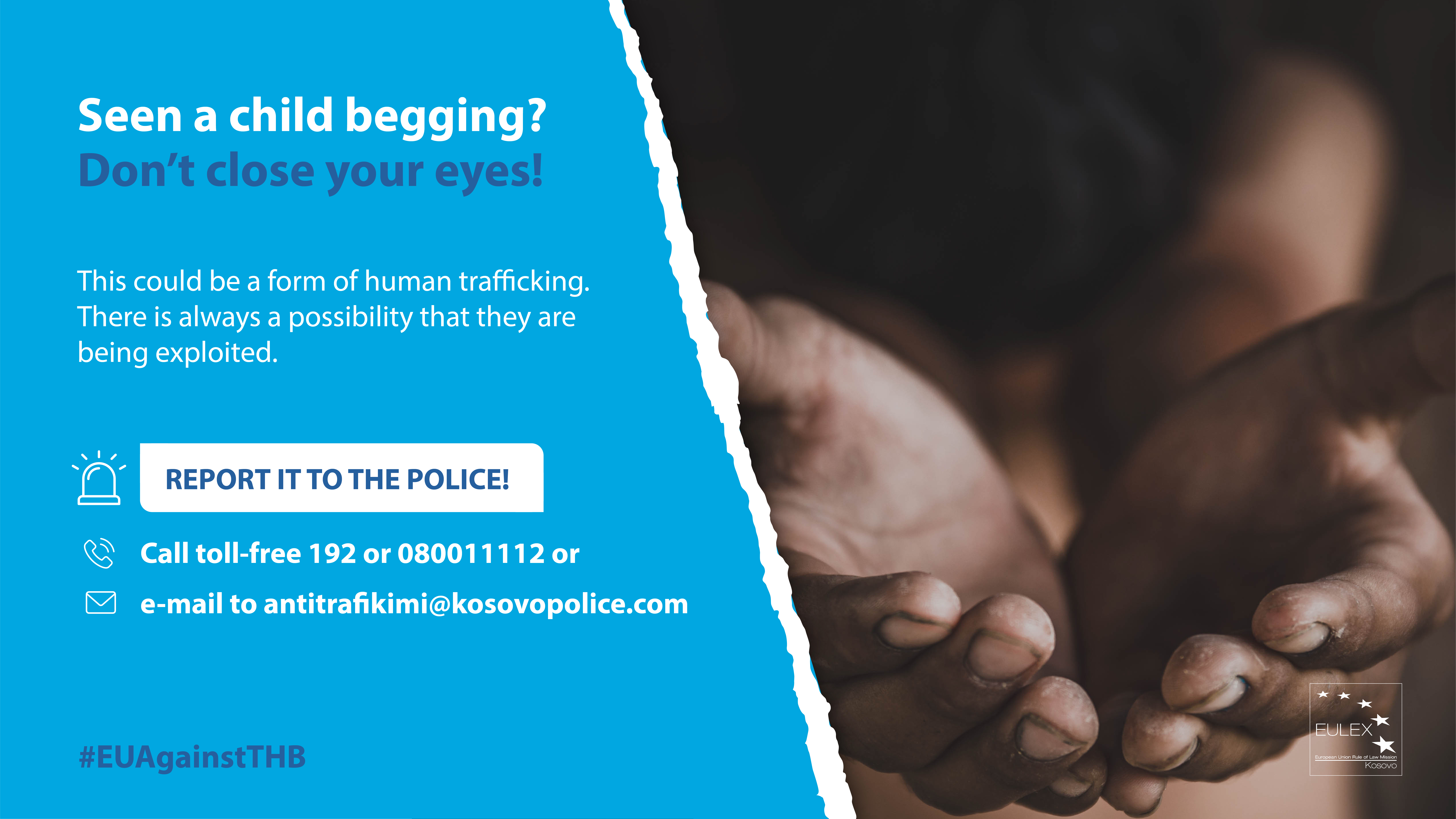 Trafficking of women and girls is a form of violence against women. Recruiters are often persons human trafficking victims know and trust. Donât close your eyes! Report it to the police! 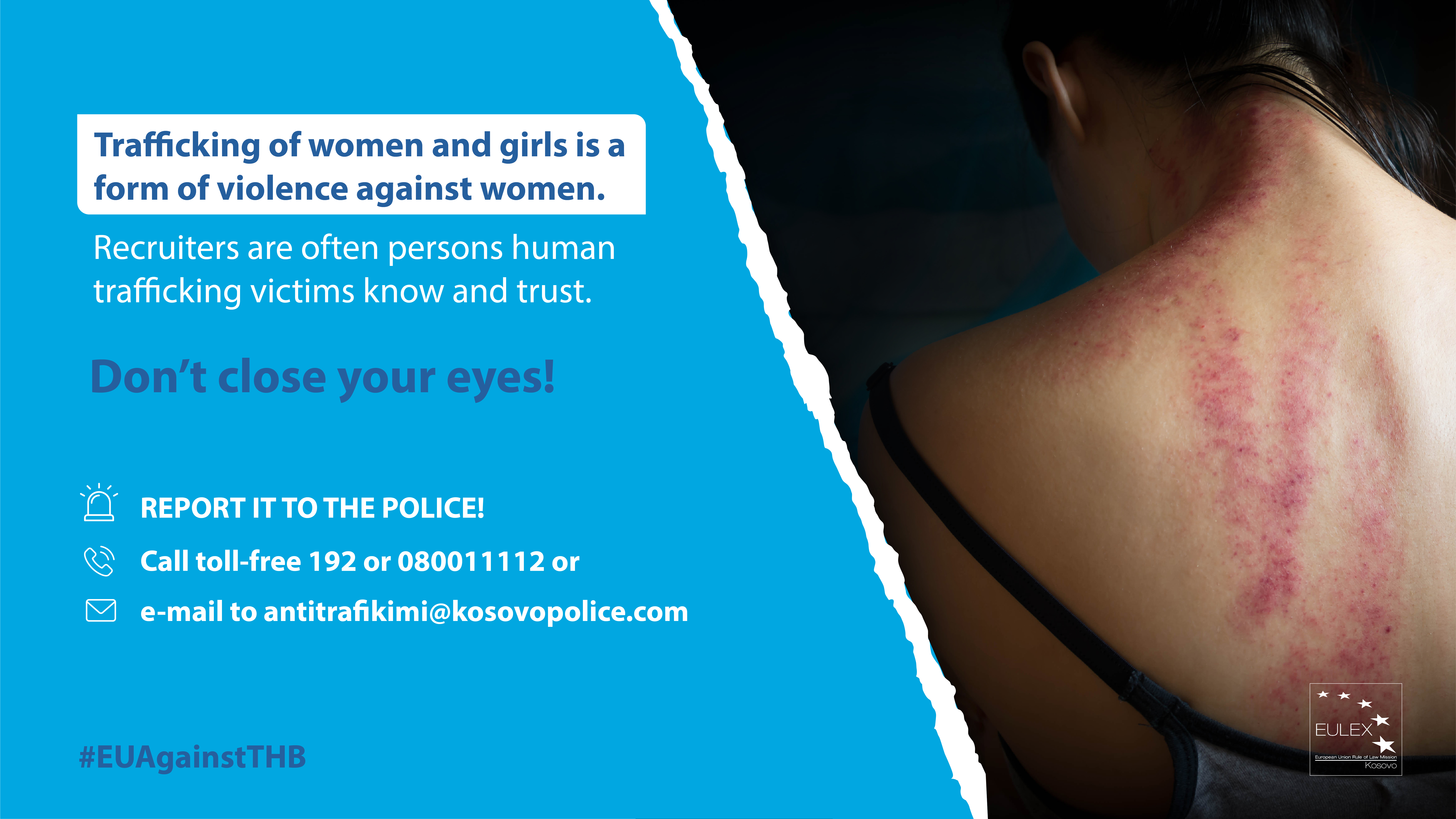