Roundtable discussion with women of the Kosovo Police 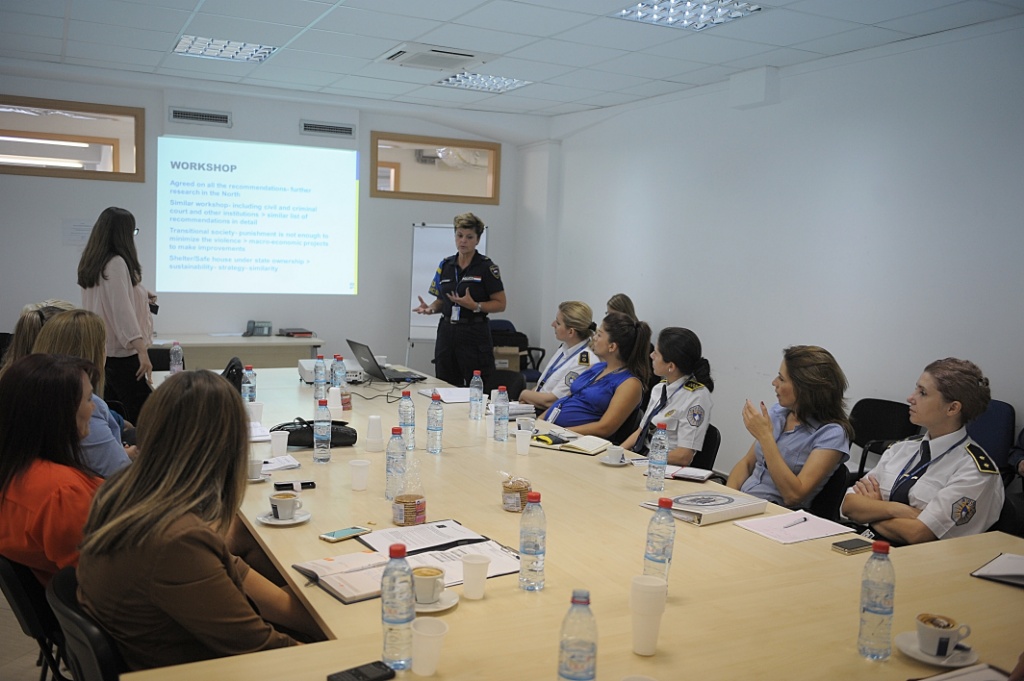 On the occasion of a visit by a delegation from the Netherlands National Police, EULEX organized an informal discussion on the role of women in the Kosovo Police force. Participants included the board of the Association of Women in Kosovo Police, established in 2013.

During the roundtable the gender advisor of the Netherlands National Police shared their experiences in advancing the role of women in police, particularly in leadership. In addition, EULEX presented current work in the form of a report on domestic violence as well as the new network of Gender Focal Points and their upcoming projects.

The lively discussion touched on several topics, ranging from work-life balance to practical working issues. Retention of female police officers was specifically highlighted, as the share of women in service has been falling even though the number of female applicants has grown.

Improving equal access to career advancement through regular channels was seen as an important step, as the current pool of female officers includes highly qualified individuals for promotion. The roundtable ended with brainstorming about future cooperation on gender issues between EULEX and the Kosovo Police.