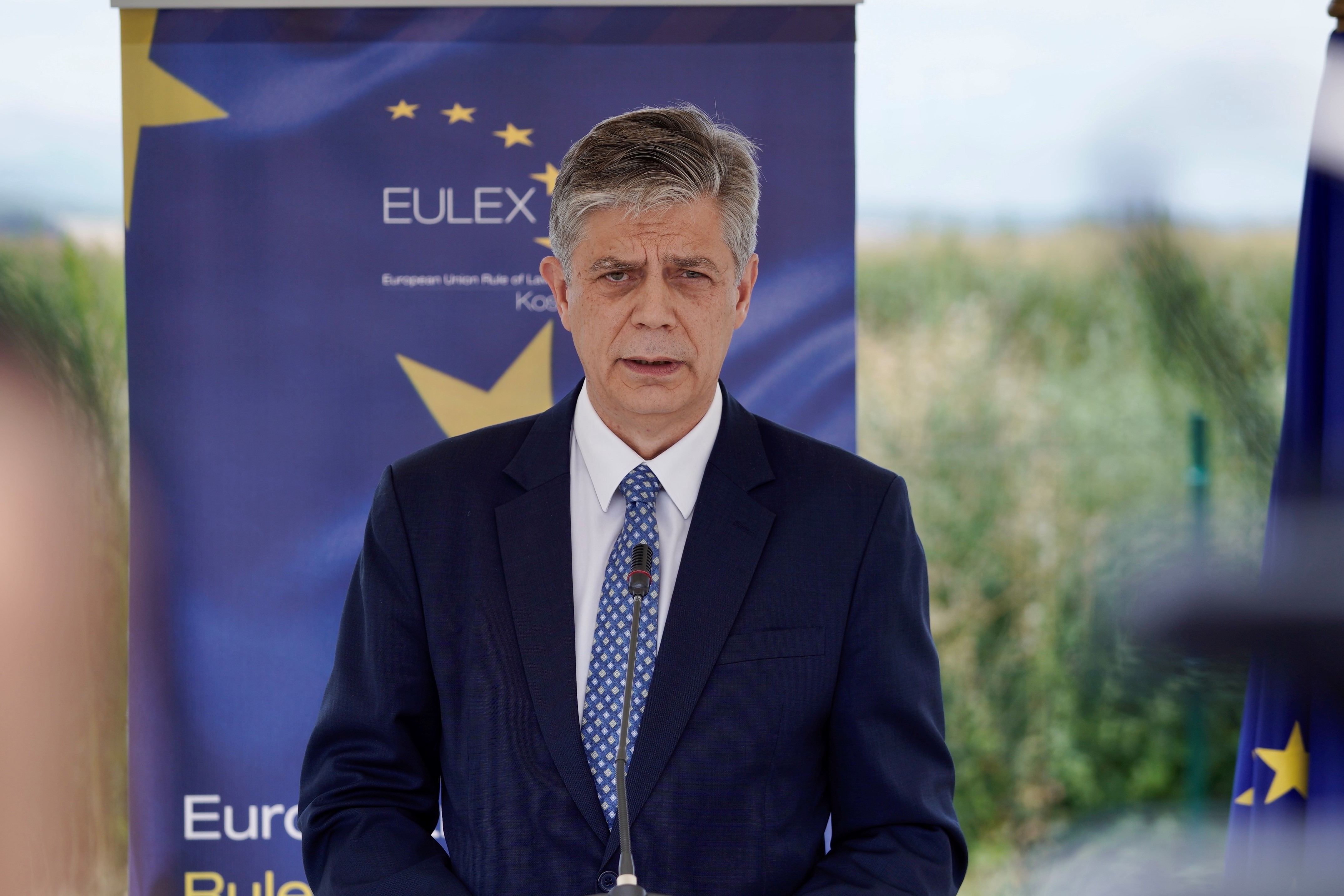 It is an honor to be here today in the presence of two of Kosovoâs most prominent women role models: President Vjosa Osmani and Mrs. Fahrije Hoti.

Through determination, hard work and resilience you have both shattered the glass ceiling preventing too many women from realizing their ambitions and dreams.  You are living proof of how women with a vision are able to rise out of the ashes of persecution, separation and a brutal war.

When I first met you almost a year ago, Fahrije, you mentioned how many visitors come to Krusha to taste your amazing ajvar and the other foods produced here â and to take some photos.  But few visitors come back, you said. -- I will, I replied.

The next day, it was a Sunday, I broke the pandemic rules to go and see âHiveâ â the inspiring film about your struggles as a single mother, trying to establish a small business together with a group of like-minded women.

Your first used car became a symbol for your empowerment as a businesswoman.  But it was seen a provocation by backward looking males unable to accept a woman taking charge of her own life and the fate of her family. You taught them a lesson.

Today, the EU Rule of Law Mission (EULEX) is bringing you a somewhat larger vehicle â with a lot less mileage and rust than your first car.  It is a spacious van to transport peppers, and other raw materials and ready-made products.

At your request, we also brought some computers, printers, and laptops useful for a growing organization such as yours.

I wish we could do more and, please, always consider the Mission and its staff as your friends.

Despite being one of the most famous women in Kosovo, you have remained modest and prudent, Fahrije.  The European Union assisted in building this impressive factory and you were recently selected as the Kosovo âEuropean of the Year 2022â.  Through âHiveâ you have become an international celebrity, known by thousands.

Yet, you pursue a humble life, leading your organization by working hard from early morning until late evening.

The European Union should count itself lucky to have people like you and your fellow workers as future EU citizens.  Kosovo can be proud. You are an inspiration to us all.

I will not try to speak about the pain you and your family experienced from the loss of your beloved husband. Or the suffering of the families of the 243 men and boys in the village ripped away from their future.  These are unspeakable crimes for which there can be no impunity.

As the summer harvesting of some of the best peppers in Kosovo has begun, the long shadow of war is again stretching over our continent.  It seems we cannot learn from the past!

Still, let us celebrate the good offerings by the women of Krusha and enjoy this beautiful day.

And thank you for welcoming us all here once again!