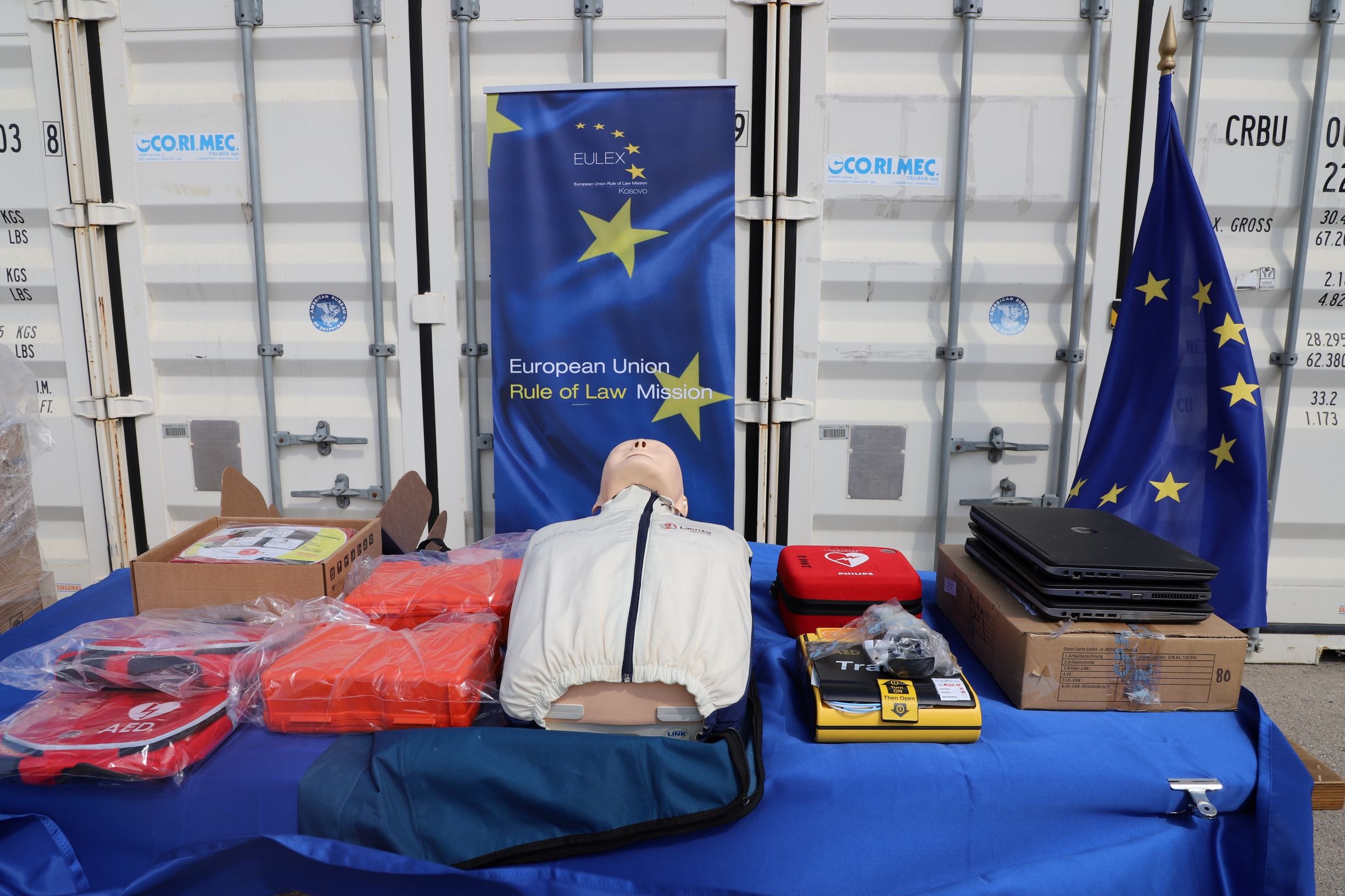 On 10 August, the Deputy Head of the European Union Rule of Law Mission in Kosovo (EULEX), Cezary Luba, handed over to the Replacing General Director of the Kosovo Correctional Service (KCS), Sami Gashi, 149 first-aid kits, seven sets of training equipment - including training defibrillators and resuscitation dolls - and IT equipment for all 11 detention and correctional centers in Kosovo.

Receiving the donation, Gashi praised the cooperation with the EULEXâs Correctional Unit: âI want to express my personal gratitude to EULEX: most of the professional development and capacity building of the Kosovo Correctional Service has been made possible thanks to your support.â

Correctional officers are the first responders in cases where there is the need to prevent the death of prisoners who go through cardiac arrest or who attempt to harm themselves.

In April 2022, 13 KCS officers were trained as instructors for Basic Life Support by the medical instructors of EULEXâs Medical Unit. The training was registered and certified by the European Resuscitation Council (ERC), and it was conducted according to the updated  ERC protocols. The recently certified instructors have already organized, with the support of the EULEX Medical Unit, six basic life support training sessions for their colleagues at KCS, by following the same guidelines and protocols of the ERC, with the ultimate objective to save lives. https://www.eulex-kosovo.eu/?page=2,11,2548

âUnfortunately, after the pandemic, there has been an increase in suicide attempts among prisoners and the organization of these training sessions has already positively impacted on raising awareness of the issue and in helping staff quickly intervene and react. There were cases where KCS officers have been able to prevent such attempts,â Gashi added.

Thanks to this donation, the certified Basic Life Support KCS instructors will be able to independently organize basic life support training activities for their colleagues.

The Chief of EULEXâs Correctional Unit, Ritva Vahakoski, reiterating the commitment of EULEX to continue supporting KCS in their future training needs, stressing the sustainability of EULEX support: âThe whole idea behind this project is to ensure that the Kosovo Correctional Service is fully equipped to continue training its staff on these lifesaving skillsâ.

This donation was the second and final phase of the EULEX-supported project âTraining to increase the Kosovo Correctional Service staffÂ´s capabilities to provide first aid to prisoners.â

Since 2016, the EULEX Medical Unit in cooperation with the EULEX Correctional Unit have supported the KCS in creating a safer environment in detention centers and prisons by organizing and providing Basic Life Support training for approximately 500 KCS staff members. 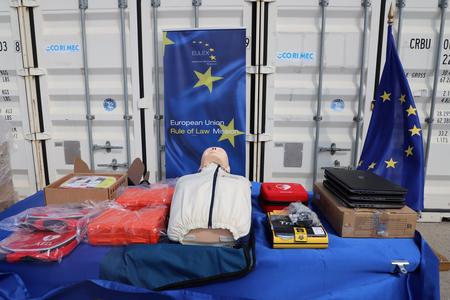 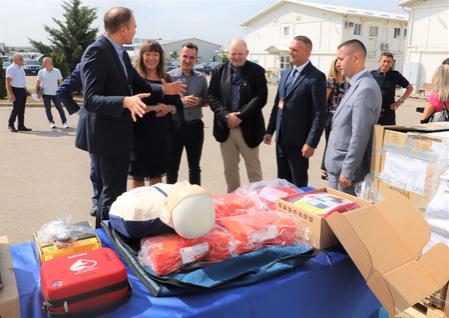 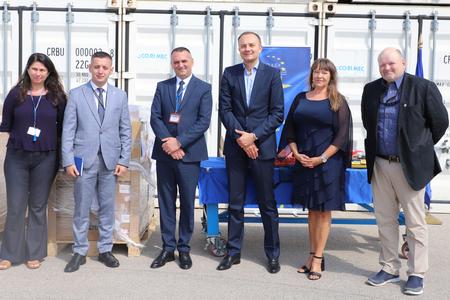 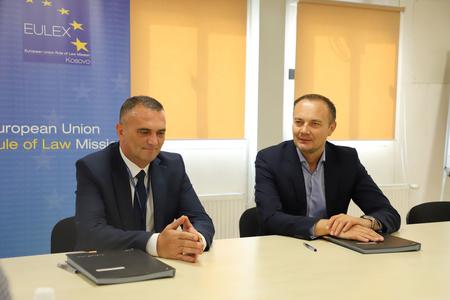 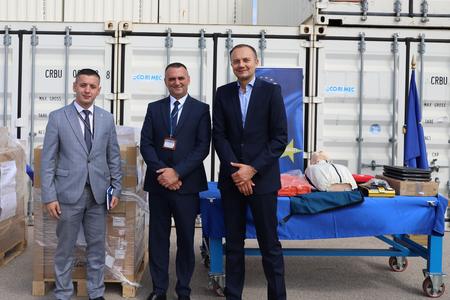 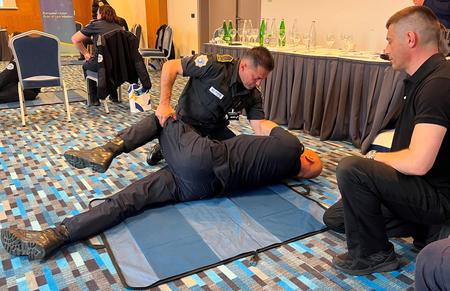 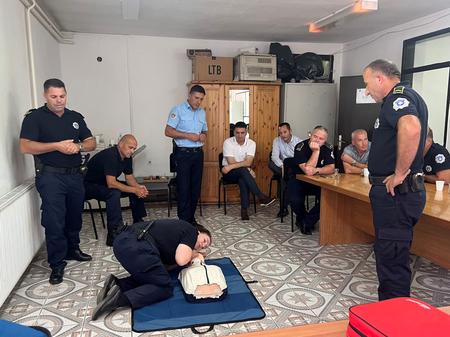 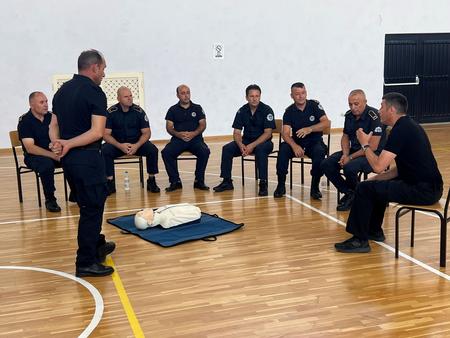 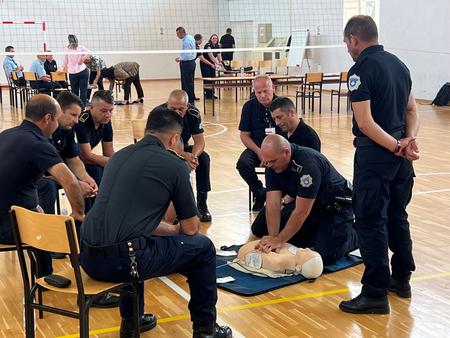 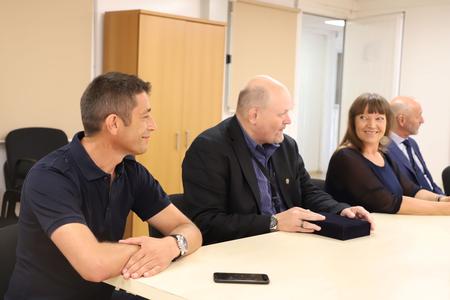 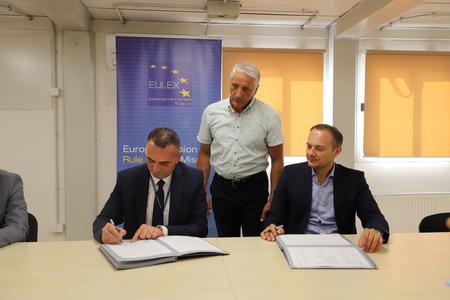 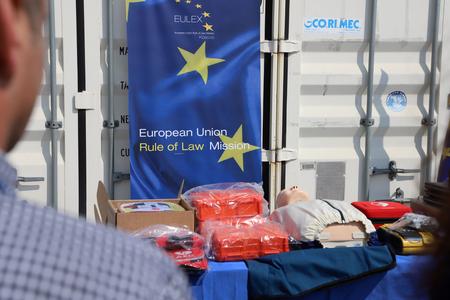