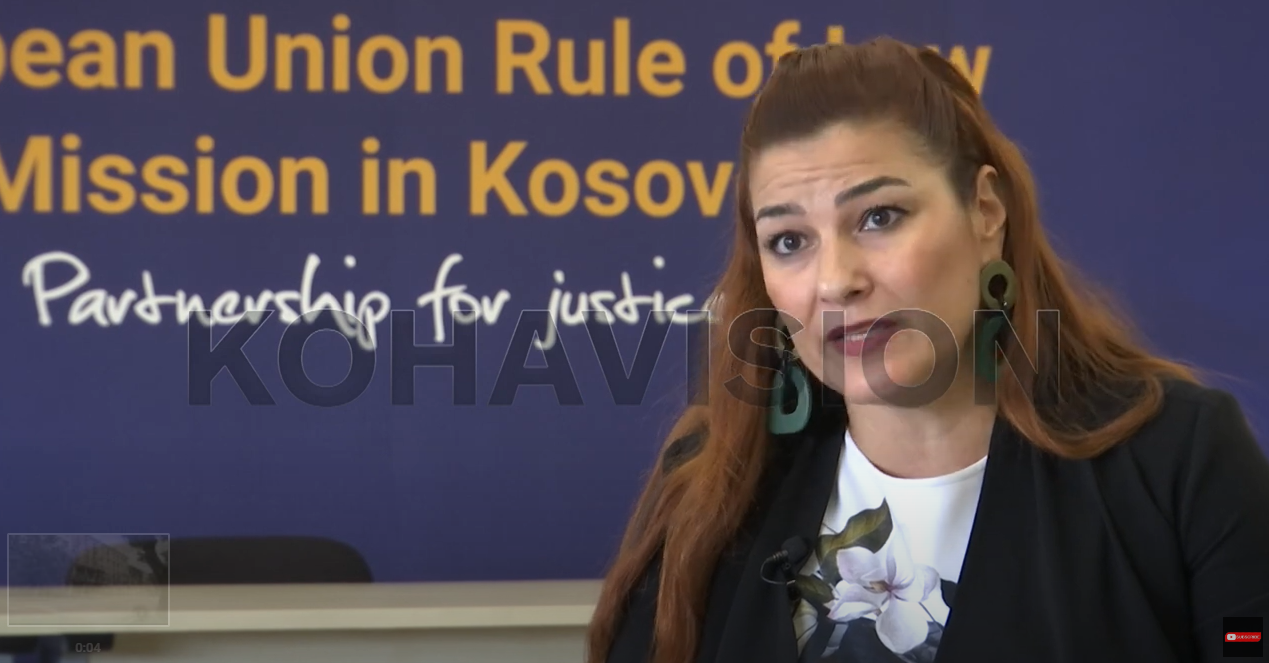 On 31 August, the European Union Rule of Law Mission in Kosovoâs (EULEX) Head of Press and Public Information Office and Spokesperson, Ioanna Lachana, gave an interview to KTV presenting the work of EULEX in supporting the Kosovo institutionsâ fight against sexual violence and gender-based violence: one of the Missionâs priorities.

Lachana described the awareness raising campaign âSpeak up on Timeâ about the importance of biological evidence preservation in sexual violence cases, which was developed by EULEX together with the Kosovo Institute of Forensic Medicine.

âThis means that we encourage victims of sexual violence not to brush their teeth, not to take a shower, not to change their clothes, not to clean up, so that biological evidence can be collected. We want to see effective sanctions and penalties,â Lachana said, adding: âWe also believe that there should be more specialized trainings for the Kosovo Police, Prosecution, and courts, for them to apply a more victim-focused approach and to be able to gather and evaluate evidence the best way possible for victims.â

Lachana also referred to the recently published Missionâs Monitoring Report âAssessment of the Handling of Rape Cases by the Justice System in Kosovoâ, mentioning how the Mission has analyzed 36 judgments. Out of them, 16 were acquittals and 20 guilty verdicts, of which more than half were below the minimum length of punishment according to the law. Lachana stressed that lenient sentences discourage victims from coming forward.

Link to the interview (in Albanian): https://www.koha.net/arberi/341574/kerkohet-fushate-vetedijesimi-per-nevojen-e-raportimit-te-rasteve-te-dhunes/