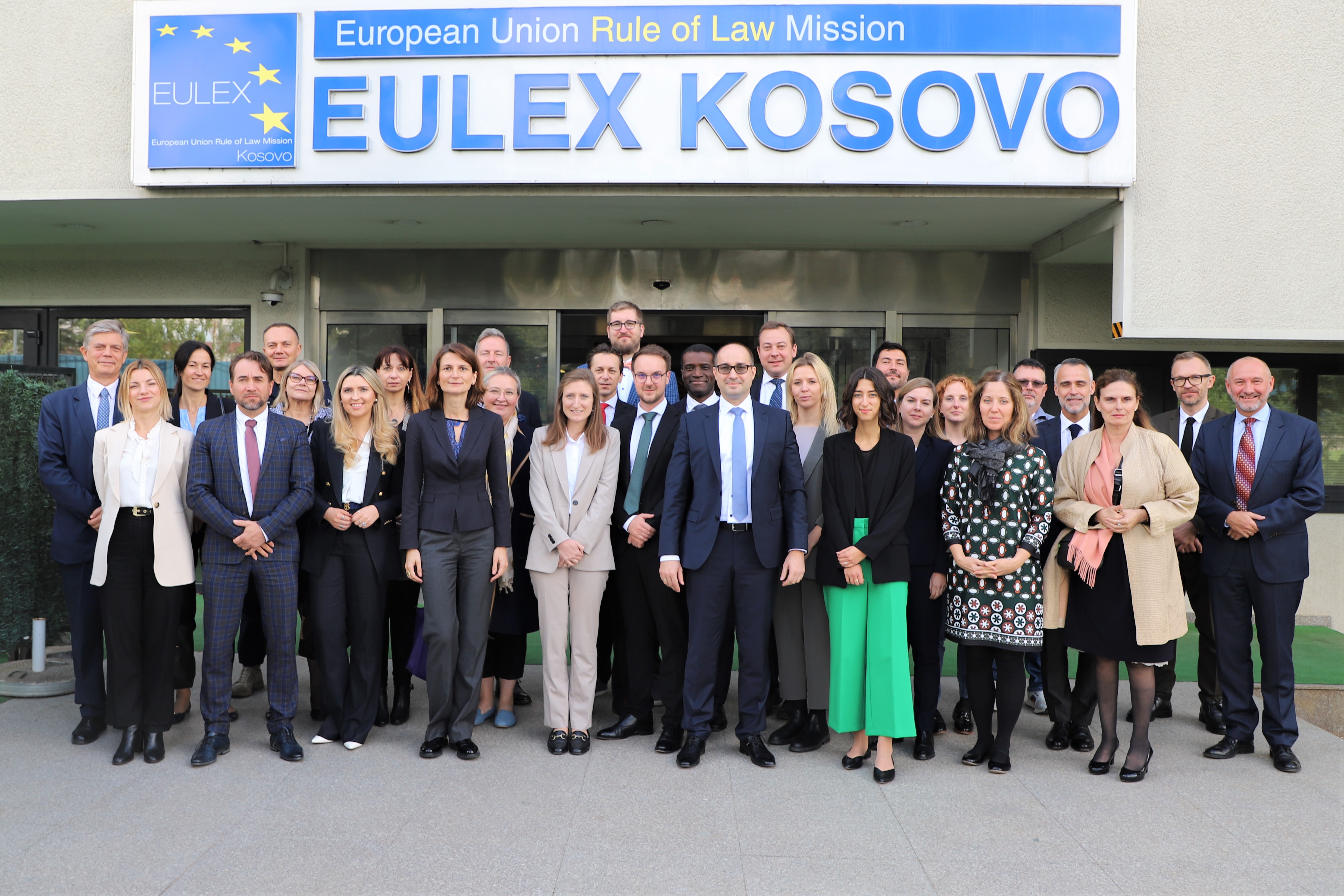 On 5 and 6 October, the delegates from EU Member States represented at the Brussels-based Committee for Civilian Aspects of Crisis Management (CivCom) and officials from the European External Action Service are visiting the European Union Rule of Law Mission in Kosovo (EULEX) to take stock of the Missionâs work in Kosovo and gain a deeper understanding of the rule-of law and the security situation on the ground.

During the visit, they will receive an in-depth briefing about the several strands of the Missionâs work in Kosovo, including its role as Kosovoâs second security responder, its work to find missing persons, the robust monitoring of selected cases in Kosovoâs justice system, as well as EULEXâs support to the Kosovo Correctional Service. The delegation will also meet with representatives of Kosovo authorities and civil society organizations, EULEXâs international partners, as well as representatives of EU Member States in Kosovo.

CivCom is tasked to advise the Political and Security Committee on civilian aspects of crisis management and is composed of representatives of EU member states. It prepares planning documents for missions, makes recommendations to the Political and Security Committee, and deals with the development of strategies and concepts for civilian crisis management and for civilian capabilities.