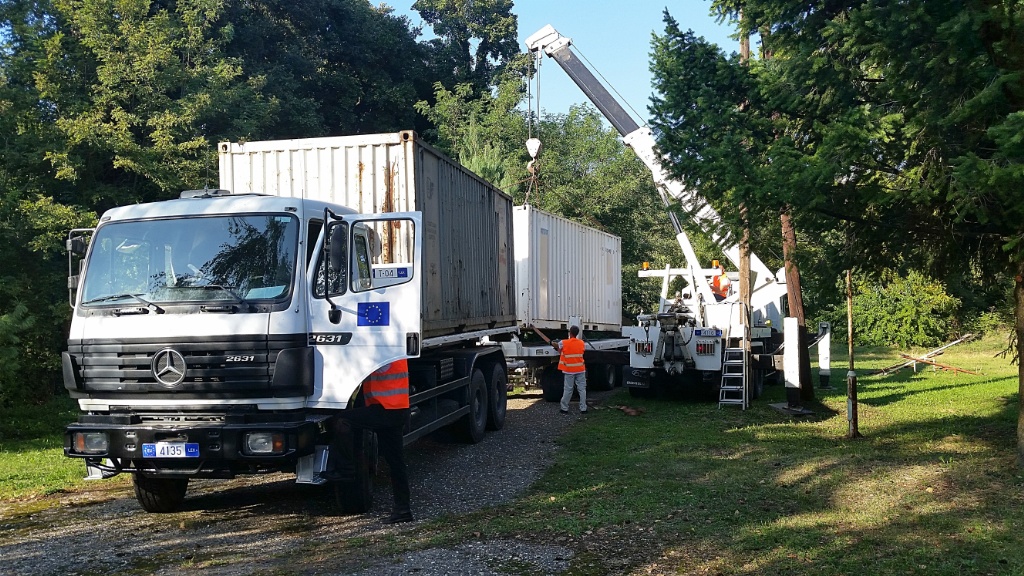 In response to the refugee and migrant crisis, the EULEX Mission in Kosovo has sent humanitarian aid to provide immediate relief for transiting refugees and migrants currently in Serbia.

As part of the aid, EULEX has donated household items such as cooking equipment and appliances, microwave ovens, hot water machines,  beds, mattresses, cupboards, hygienic and safety items, as well as generators, space heaters, and a container fully equipped with shower cabins, washing rooms, and a toilet.

The handover took place over the course of three days, 21 – 23 September, in Lestane/Belgrade, Kanjiza, and Sid. The largest portion of the handover occurred in Sid, near the border with Croatia, with EULEX, the EU Delegation, and the Government of Serbia representatives present. The donation was delivered by EULEX’s Head of Regional Liaison Office in Belgrade, Axel Jaenicke, to the Assistant Commissioner of the Serbian Commissariat for Refugees and Migration, Ivan Gerginov. The last handover took place in Kanjiza on the morning of Wednesday, 23 September.

With the aid, EULEX continues its tradition of providing donations. In May, 2014, EULEX offered its resources to Serbia, and primarily to those affected by floods in Serbia. In addition, EULEX continuously donates equipment and vehicles to Kosovo institutions. 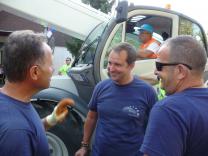 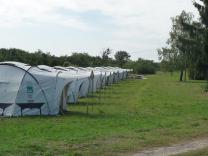