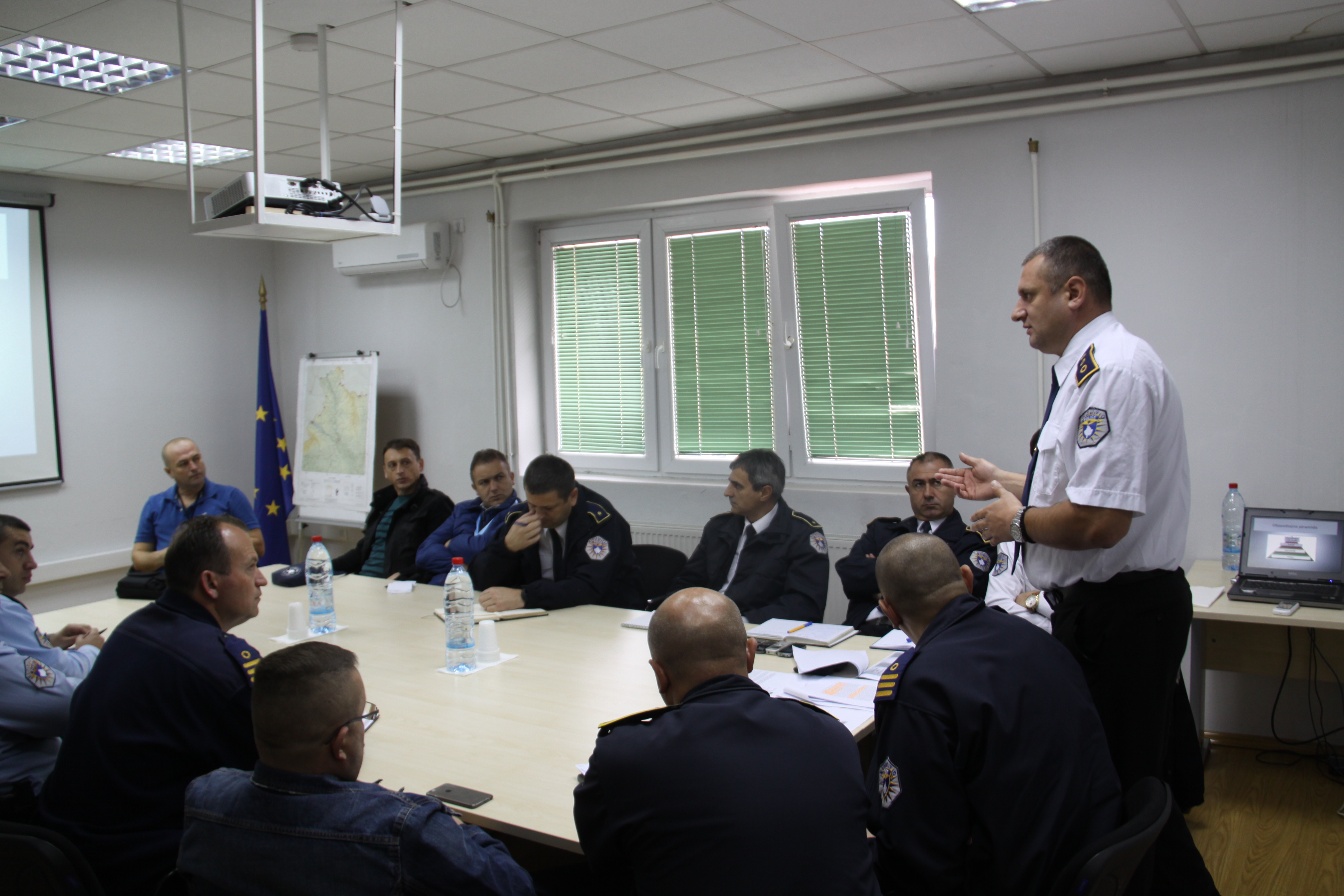 EULEX is supporting Kosovo Police (KP) in including Intelligence Led Policing (ILP) to its repertoire of policing methods. As KP continues to develop its capacity and increases the quality of service that it provides Kosovo’s communities, it is embracing ILP to conduct its operations and strengthen its ability to strategically plan approaches to prevent and combat criminal activities.

Intelligence Led Policing is a proven method that allows police to make informed decisions and use their resources effectively to detect, prevent, and fight crime. At the core of ILP is the collection of raw information which can be put together and analysed to tackle patterns of criminal activity. It is based in the approach of being proactive in fighting crime before it takes place rather than in being reactive to crime after it occurs.

Three groups of actors within police units play a significant role in ILP. Police officers, alongside conducting their daily activities, collect information while working in the field. They use a standard form to report and record information; even information that in certain contexts seems trivial could often be useful when part of a bigger picture. This information would be fed to Kosovo’s Police Information system and available to analysts that sort through the information and piece it together to acquire a holistic picture of the activities and patterns that transpire in a given region.  Once the information is pieced together and an intelligence product created, it is handed over to Decision Makers who utilize this product and decide on how to use it in tackling organized crime, aggravated theft, human trafficking, corruption, drug trade, and cyber-crime.

Alongside continuing to mentor, monitor, and advise KP in rolling out ILP, EULEX will start planning the formation of an intelligence unit within KP Regional Command North.

On November 3, EULEX conducted its first in a series of workshops in presenting Intelligence Led Policing to KP. Mark Dixon, Advisor to KP Deputy General Director for Operations conducted the training for several KP Regional Commanders, explaining the benefits behind ILP and demonstrating how the practice can be implemented and developed at different levels within the Kosovo Police Units.

On November 11, EULEX’s Regional Advisors, Michael Sim and Damjan Potparic, supported KP Regional Command North in transferring the basics behind ILP to Station Commanders in the north of Kosovo at EULEX’s premises in Mitrovica. KP Regional Commander, Nenad Djuric, led the workshop, explaining the importance of collecting information as the fundamental practice of ILP and instructing the Station Commanders on how to organize and lead their police teams.

EULEX will continue to offer support and guidance as KP progresses in developing ILP in its operations.