Discussion on Rule of Law in the North of Kosovo 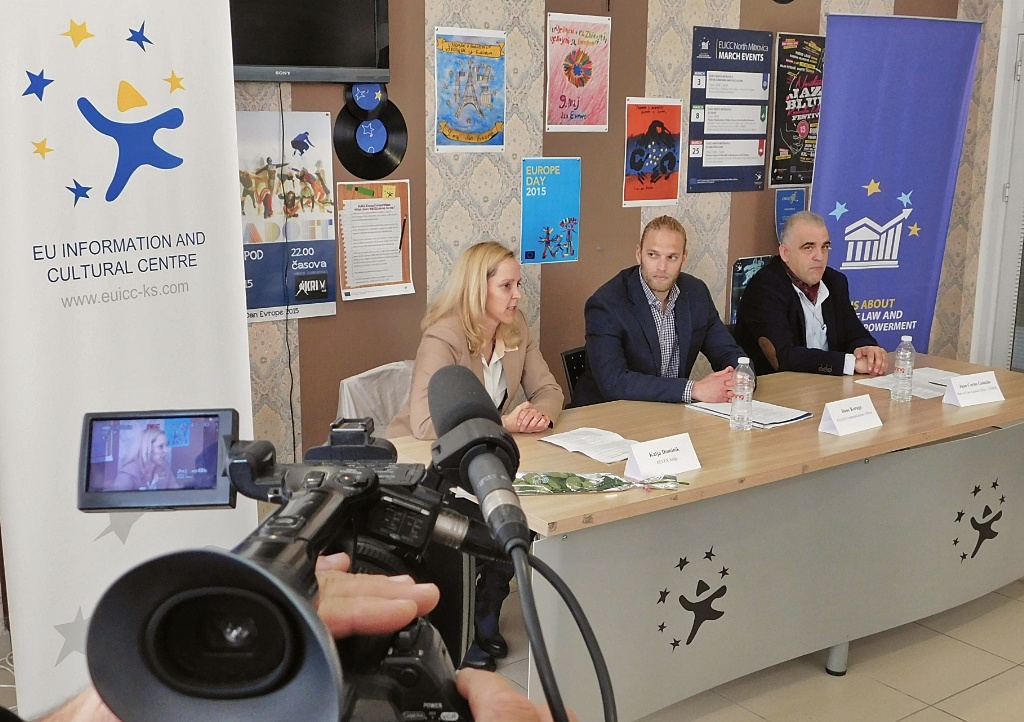 On March 8, EULEX in partnership with UNMIK’s Rule of Law Liaison Office in Mitrovica, organised a discussion on the challenges of restoring rule of law in the north of Kosovo. Students, civil society, public servants, and local media participated in the discussion.

The discussion initially provided an overall framework of the judicial system in the north, including an explanation by Ms. Dominik on the composition of judges in courts and the importance of collaboration between the prosecutors, law enforcement, and judges in dealing with and prosecuting crimes.

Ms. Dominik and Mr. Galocha continued to highlight some of the key problems to a functioning rule of law system, in particular the lack of capacity of courts to prosecute all crimes and the hardships in recruiting qualified staff.

While EULEX can claim several successes in the north, in particular the numerous cases it has prosecuted with limited judicial personnel, both Ms. Dominik and Mr. Galocha urged that in order to continue making progress, several important issues need to be addressed. These include the establishment of adequate juvenile detention facilities, limiting the backlog of cases, and the integration of Kosovo Serb judges and prosecutors.

Mr. Galocha elaborated on several UNMIK initiatives that contribute to strengthening rule of law in the north and empower local actors to tackle these issues independently. In particular, he spoke at length on the monthly Rule of Law Civil Society Coordination Meeting, an initiative that he leads and which gathers international agencies, civil society, and other relevant actors to jointly address local challenges to rule of law in the north.

The panel not only addressed the main challenges to rule of law in the north of Kosovo, but more importantly sparked a debate amongst not only international agencies but a wider audience and the local community on how to tackle these challenges. EULEX will continue to collaborate with UNMIK and other actors to increase transparency of its work and strengthen its relationship with the communities in which it operates.