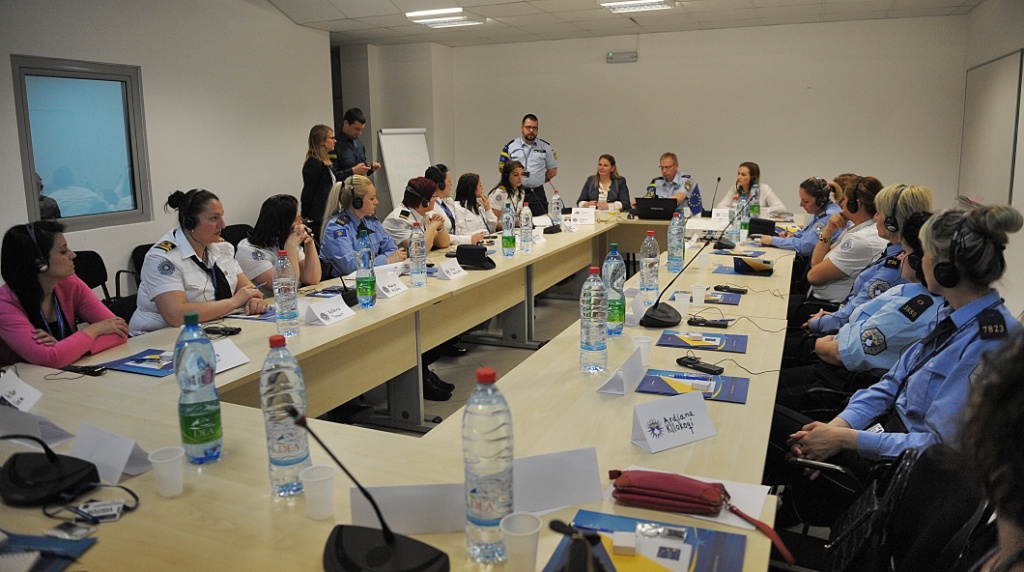 On Thursday, the 21st of April, the EULEX Advisory Unit on Border Matters (AUBM), in collaboration with the Gender Advisors, organized the first out of three workshops with female officers from Kosovo Customs and Kosovo Border Police.

The workshop was chaired by AUBM Advisor Mr Peter Raab and encompassed presentations by two of the guests, Mrs Colonel Taibe Canolli from Kosovo Police and Mrs Valdete Krasniqi from Kosovo Customs. EULEX colleagues contributed with presentations as well and shared European practice from Germany and the Netherlands.

The lively discussion during the workshop touched on several topics which mainly emphasized the need of having more women in the Kosovo law enforcement institutions.

The exchange of experiences and views were welcomed by all the participants, stressing the importance of continued cooperation with EULEX in assisting with the strengthening of the role of women in Kosovo institutions. It is essential to provide necessary support to increase women's representation, as this will improve gender/ethnic balance and promote the role of women as actors in peace building.