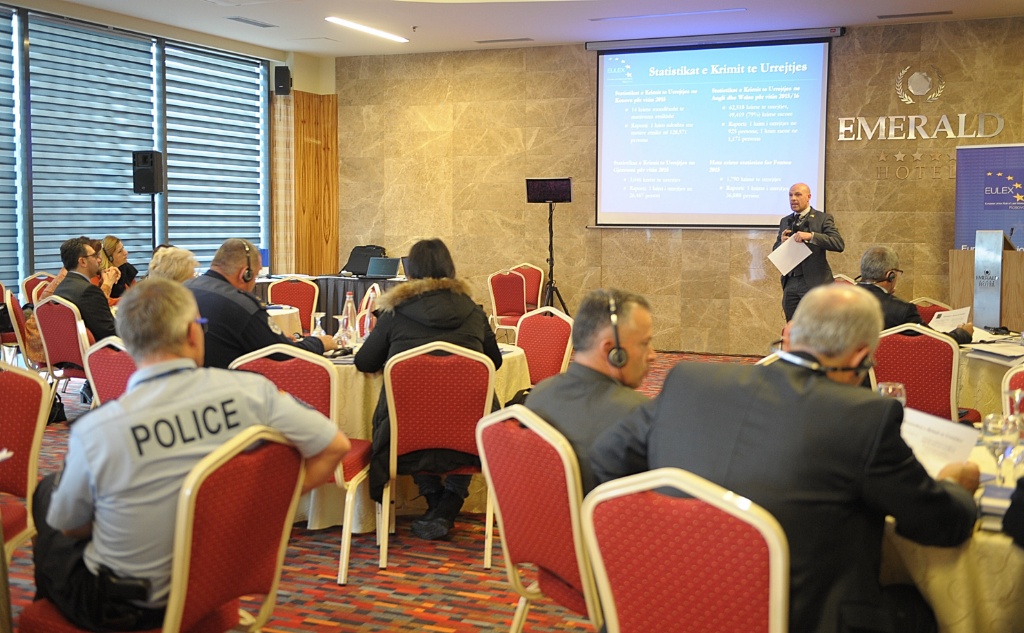 EULEX  Strengthening Division organised a two day workshop for Kosovo Police, Prosecution and Judiciary involved in processing hate crime cases. The workshop was held on the 8 and 9 of December 2016 in Pristina.

The workshop was organised in an interactive roundtable discussion aimed at identifying the need for more harmonised approach to definition and response activities related to inter-ethnic crime or related incidents. The organiser of this workshop, Mark Dixon, a EULEX Advisor to KP Deputy General Director of Operations, stated: âThis workshop can assist in promoting access to justice for victims and increase the trust of minority communities, who are often disproportionately affected by such crimes.â

After the workshop EULEX experts will develop a curriculum addressing the legal framework examples based on best European practices regarding interethnic incidents for local  counterparts.   A draft common written framework will be produced consensually with all the participants of the roundtable, as a standard reference for establishing a common cross-institutional definition of interethnic incidents together with a common statistical framework, where all designated RoL institutions will have access and share information on all relevant cases.