EULEX HoM to Parliamentarians: If Challenges are... 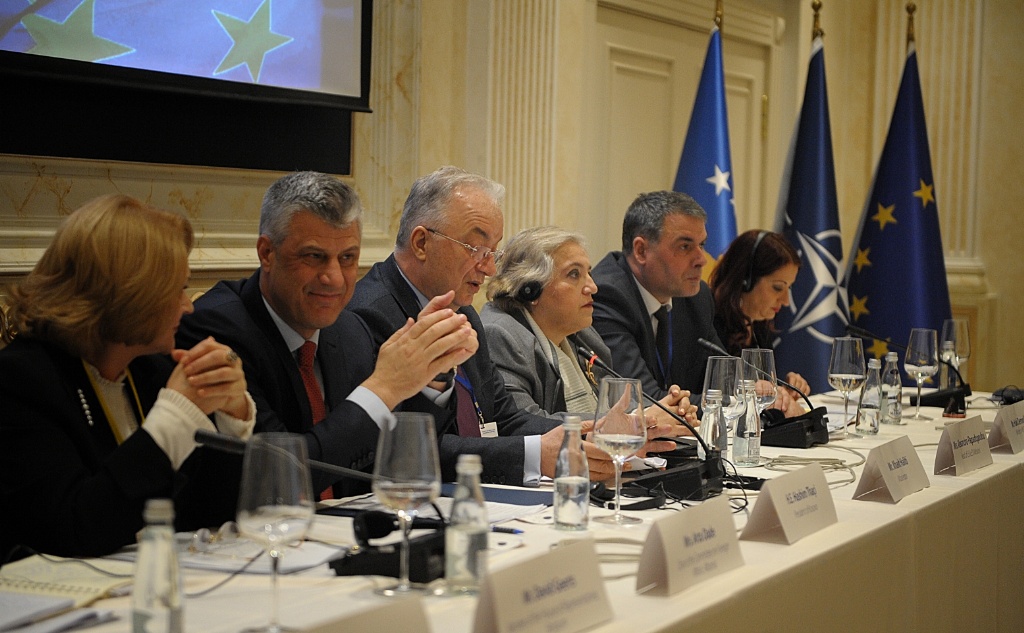 During the Summit of Foreign Affairs Parliamentary Committees, organized under the auspices of the Foreign Affairs Committee of the Assembly of Kosovo, EULEX Head of Mission Ms. Alexandra Papadopoulou stressed the need for joint solutions to common challenges during a panel discussion on âStrengthening Cooperation between the Balkan Countries towards Integration into International Organizations â Overcoming the Political Barriers of the Regionâ.

She emphasized, âOrganized crime and the migration crisis are just two examples of the region-wide challenges that affect all Western Balkan countries. And if challenges are common, solutions must be equally joint â shared and coordinated by all interested actors through a multilateral approach. â

Addressing parliamentarians, the EULEX HoM pointed to the rule of law â the core of EULEXâs mandate â as âa cornerstone of building a functioning and sustainable democratic society.â  She stressed the importance of meaningful cross-border cooperation between countries that face the same problems and share the same democratic values and European aspirations.   In this context, efforts in the rule of law can offer a useful perspective to assess success and remaining challenges faced in strengthening regional cooperation towards integration into international organizations.

She concluded by saying, âEULEX â as a âtechnicalâ rule of law mission â will also continue supporting within the limits of its mandate the implementation of agreements reached through the Belgrade-Pristina Dialogue at the political level as a meaningful contribution to regional cooperation and progress on the European path.â

During the two-day Summit, panel discussions will also include the perspectives of EU enlargement for Balkan countries, the immigration crisis, and the fight against terrorism and radicalism in the region.  The conclusions of the summit are expected to be delivered in a joint statement.