Final Meeting of the Joint Rule of Law Coordination Board 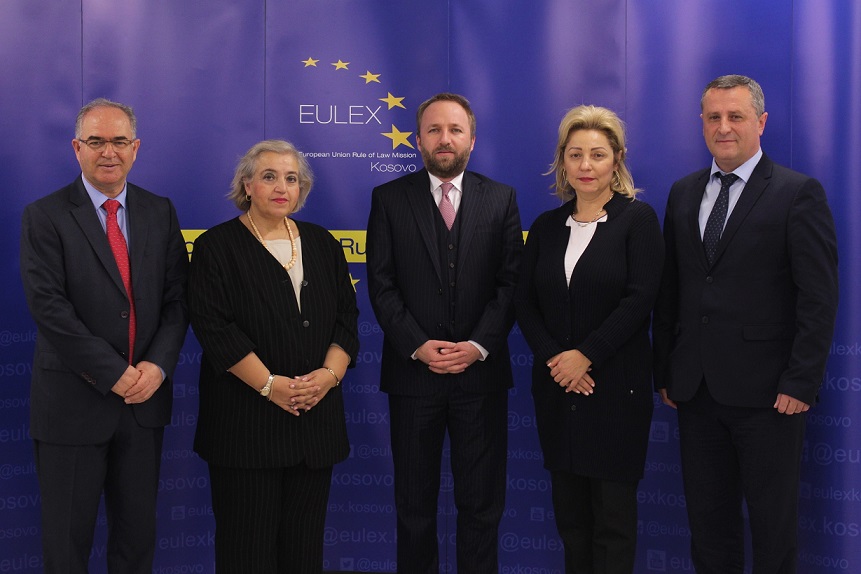 PRISTINA, 21.11.2018 â EULEX Head of Mission Alexandra Papadopoulou hosted the final meeting of the Joint Rule of Law Coordination Board (JRCB) at the EULEX premises today.

The Head of EULEX presented the Compact Progress Report, covering the JRCB activities from July 2017 to June 2018 and tracking the progress made by Kosovo rule of law institutions in agreed focus areas, namely police, customs, justice, and dialogue implementation.

Papadopoulou stressed the notable progress made by local counterparts in strengthening the rule of law in Kosovo, emphasising the key role played over the years by the JRCB as an effective mechanism to facilitate coordination among relevant local and EU actors on key issues and as a catalyst for improvements in critical areas. Looking at the findings of the Compact Progress Report, the Head of EULEX acknowledged the increased performance and capacities of certain rule of law institutions â the Kosovo Police, the Kosovo Judicial and Prosecutorial Councils and the Civil Registration Agency in particular â allowing for a progressive phasing out of EULEXâs support and the increasing reliance on alternative assistance tools.

The Head of EU Office/EUSR in Kosovo, Nataliya Apostolova, emphasized that the new Kosovo Report which will cover the period from February 2018 to January 2019 is currently being drafted and expressed optimism that after analysing all the contributions, the EU will be able to produce again another comprehensive report that will assist Kosovo further on its European path. She commended Minister Tahiri, and other Kosovo authorities involved for the continuous efforts in implementing the rule of law-related requirements of European Reform Agenda, by noting that what remains to be done in the legislative domain is the swift adoption of the provisions concerning the suspension and removal of public officials respectively indicted and convicted for corruption.

Minister Tahiri, in addition to the legislative measures, he also highlighted the importance of the Justice 2020 Agenda, which, according to him, complements to a large extent the initiative taken through the Rule of Law Sector Functional Review. The Minister emphasized that the Justice 2020 Agenda has been vital for addressing specific issues identified over the last years within the justice system, with the judicial and prosecutorial system at focus, which will have an absolute effect on increasing efficiency of the judicial system. "Such a coordinating mechanism will certainly benefit a prompt, modern and qualitative access aiming at increasing efficiency. Furthermore, this agenda will also contribute to the Functional Review process, by establishing opportunities for discussing major topics that require more in-depth research and more detailed discussions within the working groups ", the Minister stated.

The Chairman of KPC, Blerim Isufaj, informed the Board of the process of promotion of prosecutors in the Special Prosecution Office (SPRK), the process of recruitment of 10 new prosecutors and the recruitment of support staff in all prosecution offices in Kosovo. Isufaj also stressed that the KPC has addressed all recommendations of the Kosovo Report 2018, and that there is measurable progress in the prosecutorial system. The KPC Chairman also informed the Board of the main developments regarding the recommendations and conclusions of this report, and updated them on the progress in the War Crimes Roadmap.

The Chairman of the KJC, Nehat Idrizi, informed the Board about the evaluation of the performance of judges, which is a process of significant importance that included the evaluation of all judges who applied for promotion under the internal vacancy announcements of the KJC. Idrizi emphasized that the KJC had completed the interviewing process of new judges, and appointments were expected. In addition, Idrizi stated that the KJC is currently under the process of implementing the Case Management Information System (CMIS) in Kosovo courts and prosecution offices, with the objective of such a project being the establishment of a foundation for a more efficient, transparent and accountable justice system.

EULEX Head of Mission stressed: âAs EULEX ended its executive mandate in the Kosovo justice system last June and it progressively transitions its capacity-building responsibilities in other key rule of law areas, it is timely and appropriate for the Kosovo authorities to take full ownership of reform efforts to make their institutions more capable and resilient.â

âTo this end, I welcome the launch of the Justice 2020 initiative led by the Minister of Justice in close cooperation with the Chairs of the Judicial and Prosecutorial Councils,â said Papadopoulou, encouraging the Kosovo authorities to keep up the good work jointly done so far under the JRCB umbrella also under Justice 2020, particularly in implementing the JRCB roadmaps on the Special Chamber of the Supreme Court, the Kosovo Property Agency Appeals Panel, the Institute of Forensic Medicine and on War Crimes.

To read the Compact Progress Report follow this link:
http://www.eulex-kosovo.eu/eul/repository/docs/106075-CPR-2018-En.PDF

Here the Compact Report in a Nutshell:
http://www.eulex-kosovo.eu/eul/repository/docs/Anglisht.pdf 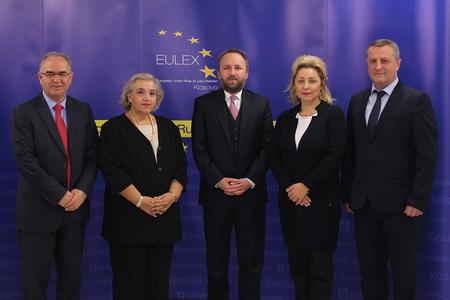 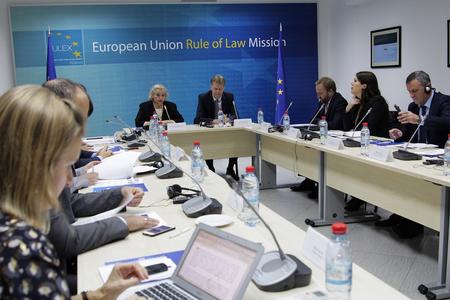 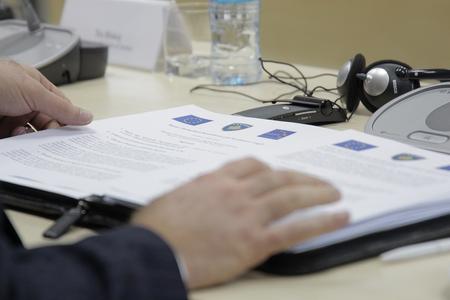