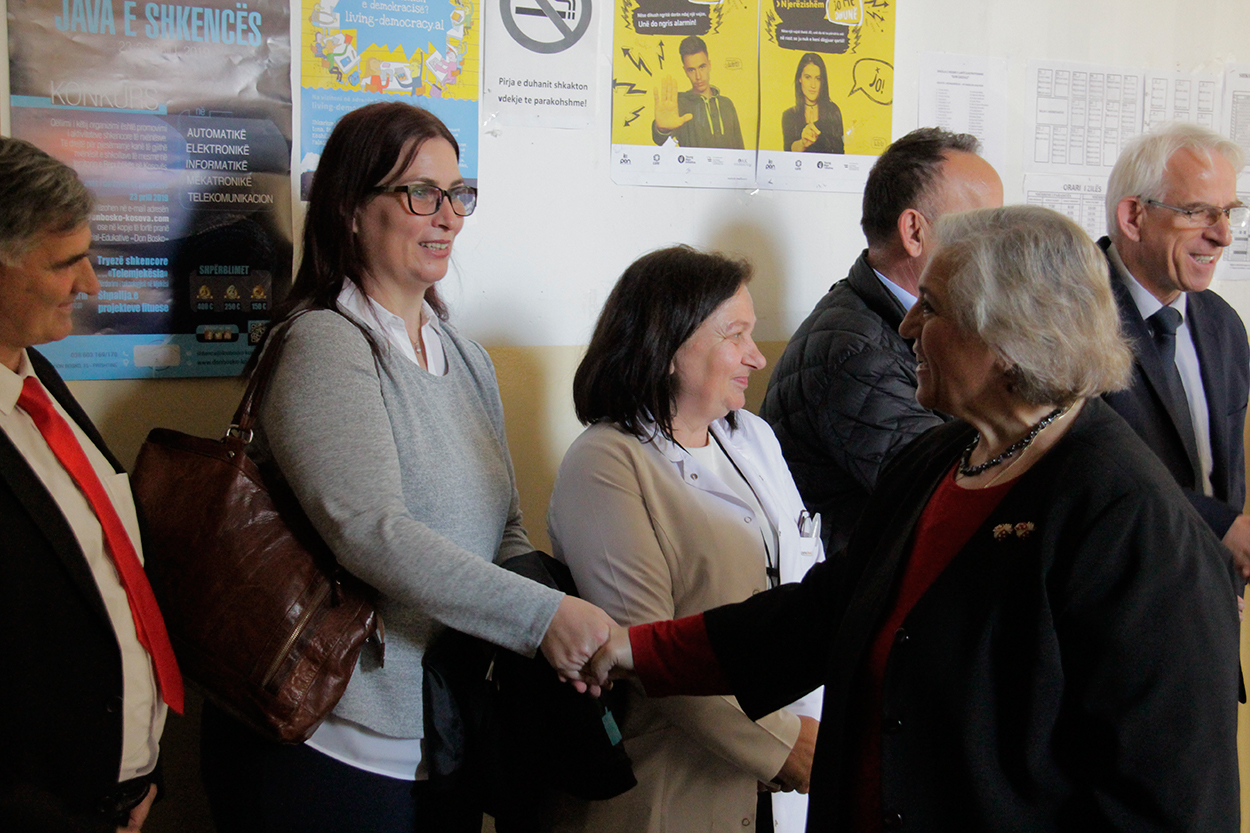 On 15 April, EULEX Head of Mission (HoM) Alexandra Papadopoulou gave a lecture on European values, principles and challenges to students of the Gjin Gazulli Secondary School in Pristina as part of the EU Teach-a-Day initiative.

As part of the project â which marks its 10th anniversary this year â the Ambassadors of EU Member States in Kosovo hold classes in elementary and secondary schools throughout Kosovo with the aim of bringing the European Union closer to the young generations.

In her opening remarks, Ms Papadopoulou described the EU Common Security and Defence Policy (CSDP) as âa key instrument to promote peace, security and stability around the world in areas of strategic interest.â In this regard, EULEX is also an integral part of the overall EU regional approach towards the Western Balkans.

The HoM talked about the Missionâs past and present, emphasizing that âEULEX has been helping Kosovo to build a rule of law institutional and legislative framework that is more and more in line with EU standards and best practices so that it can advance on its European path.â She introduced the students to the current mandate and functions of the Mission and talked about how EULEX contributed to strengthening Kosovo institutions in combating crime and corruption.

âThe future of Kosovo is in the hands of Kosovars, and especially its young citizens like youâ, stressed Ms Papadopolou in her closing remarks, reminding students that it is in their possibilities to help build a democratic society and to make steps towards the EU.

The EU Teach-a-Day lecture series was organized by the EU Office in Kosovo/European Union Special Representative in Kosovo, in cooperation with Kosovoâs Ministry of Education, Science and Technology and municipal education departments.