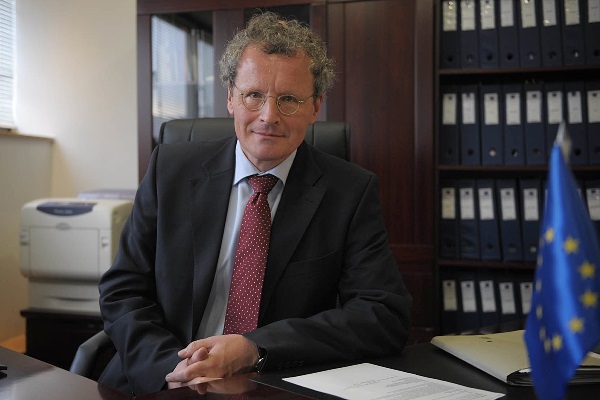 Letâs set the record straight. EULEX prosecutors, like all other Kosovo prosecutors, do not pursue cases based on politics. They pursue cases based on evidence. Sometimes that is enough to persuade judges of the guilt of a particular defendant; sometimes it is not. However, at all times the presumption of innocence remains until the verdict is announced by the court.

Letâs call a spade a spade. The majority of war crimes suspects for crimes committed against Kosovar Albanians during the war are Kosovo Serb, or Serbian nationals. But they are no longer in Kosovo. The judiciary of Kosovo (including EULEX) can conduct investigations against alleged perpetrators, but has only jurisdiction in Kosovo. We all follow Kosovo Law, and Kosovo Law says that nobody can be tried in absentia. If alleged perpetrators are outside the country, there is little we can do other than share what information we have with prosecution services in other jurisdictions. And we do it.

Letâs get to the point. The majority of Kosovar Albanian war crimes suspects committed crimes against fellow Kosovar Albanians. And these perpetrators are in Kosovo, within Kosovo jurisdiction. It is a key principle of Rule of Law that everyone is equal before the law and no-one is above the law. This happens all over the region: the Serbian War Crimes Prosecutor tries Serbs in Serbia, the Bosnian Special Chamber on War Crimes tries Bosnians in Bosnia, the Croatian War Crimes Prosecution tries Croats in Croatia. And there will come the day when a Kosovo court will try Kosovars in Kosovo without international support

Letâs talk numbers. EULEX inherited 1200 war crimes cases from UNMIK. We have closed or dismissed (due to lack of evidence) 500 of these. There are 300 cases pending with Kosovo and EULEX prosecutors within SPRK. There are 300 cases pending with The War Crimes Investigative Unit of KP and EULEX. We have reviewed more than 800,000 pages related to these cases. We also initiated 51 new war crimes cases, including the first-ever investigations into cases where acts of sexual violence or rape have been assessed as war crimes. Kosovo and EULEX prosecutors are currently investigating 100 war-crimes cases and there are 5 on-going war-crimes trials. In total, and under the Kosovo legal framework, we have adjudicated 15 war crimes cases. Just under half of these (7) involved defendants of Serb ethnicity and just over half of these (8) involved defendants of Albanian ethnicity. We have an additional 13 arrest warrants against Serbian defendants, but they are outside the Kosovo legal jurisdiction.

There are 216 active cases on Missing Persons. Through field operations and forensic assessment, we were able, together with our Kosovo colleagues to see that the remains of over 330 individuals were returned to their families. This is something that is of extreme importance to families and it is humbling for me that EULEX is able to make a contribution in this regard.

Letâs talk complexity. Many of these cases are now almost 15 years old, and take a very long time to prepare. From initiating an investigation to a final adjudication can itself be a 5 year process. Frequently there is very little material evidence left, although Forensic Medicine contributes where possible. The truth is that the majority of war crimes cases rely on witness testimony. This is true all over the world: witness testimony is the key to successful war crimes convictions. But witness testimony is also incredibly fragile. By their very nature, witnesses have seen traumatic events. This makes them especially vulnerable to intimidation, either directly through private contacts, or indirectly, through public statements, in particular from those actors who should know better. Many of them stay silent for years, particularly women, who have begun to come forward with their experiences of rape as a war crime. Letâs support them.

Let's talk memory. I myself have witnessed the desperate people of Pristina arriving in Bllace. I worked in the refugee camps around Skopje and Tetovo seeing friends and acquaintances crawling out of shabby tents. I came back to Kosovo three days after the end of the war and saw all the devastated villages, towns and homes. It is disappointing and deeply frustrating that so few perpetrators have been punished so far. But this is no excuse whatsoever to pardon, ignore or forget others who committed war crimes.

Finally, letâs talk justice: for its part, EULEX will continue - together with its Kosovo partners- its efforts to deliver justice for the most vulnerable in this society; to bring perpetrators, no matter who they are, to justice. Because this is what the Kosovo Law says - and because it is the right thing to do.