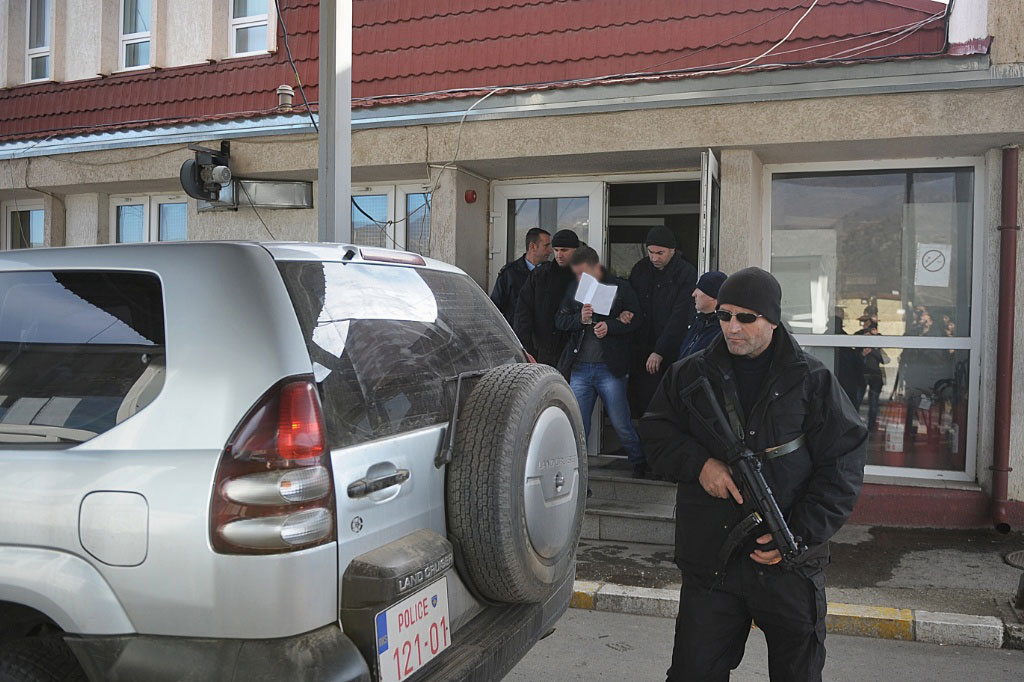 On the request of the Kosovo Special Prosecution Office (SPRK), Albanian authorities have extradited E.G. to Kosovo.

E.G. is suspected of taking part in an organised criminal group that committed armed robbery in the Kingdom of Bahrain in September this year, involving the theft of jewellery (luxury watches) worth over 1.1 Million EUR.

"The SPRK and Kosovo Police are jointly investigating the case and that's why we are present at the border point in VÃ«rmicÃ«/Vermice for the handover of the suspect", said the international SPRK prosecutor Robert Kucharski.

The suspect and other members of the group are charged with aggravated coercion and assault, causing grievous bodily harm and direct participation in an organized group which committed an aggravated robbery.

The suspect was arrested in Albania on 17.09.2013, based on an International Wanted Notice issued by Interpol.