The fight against human trafficking 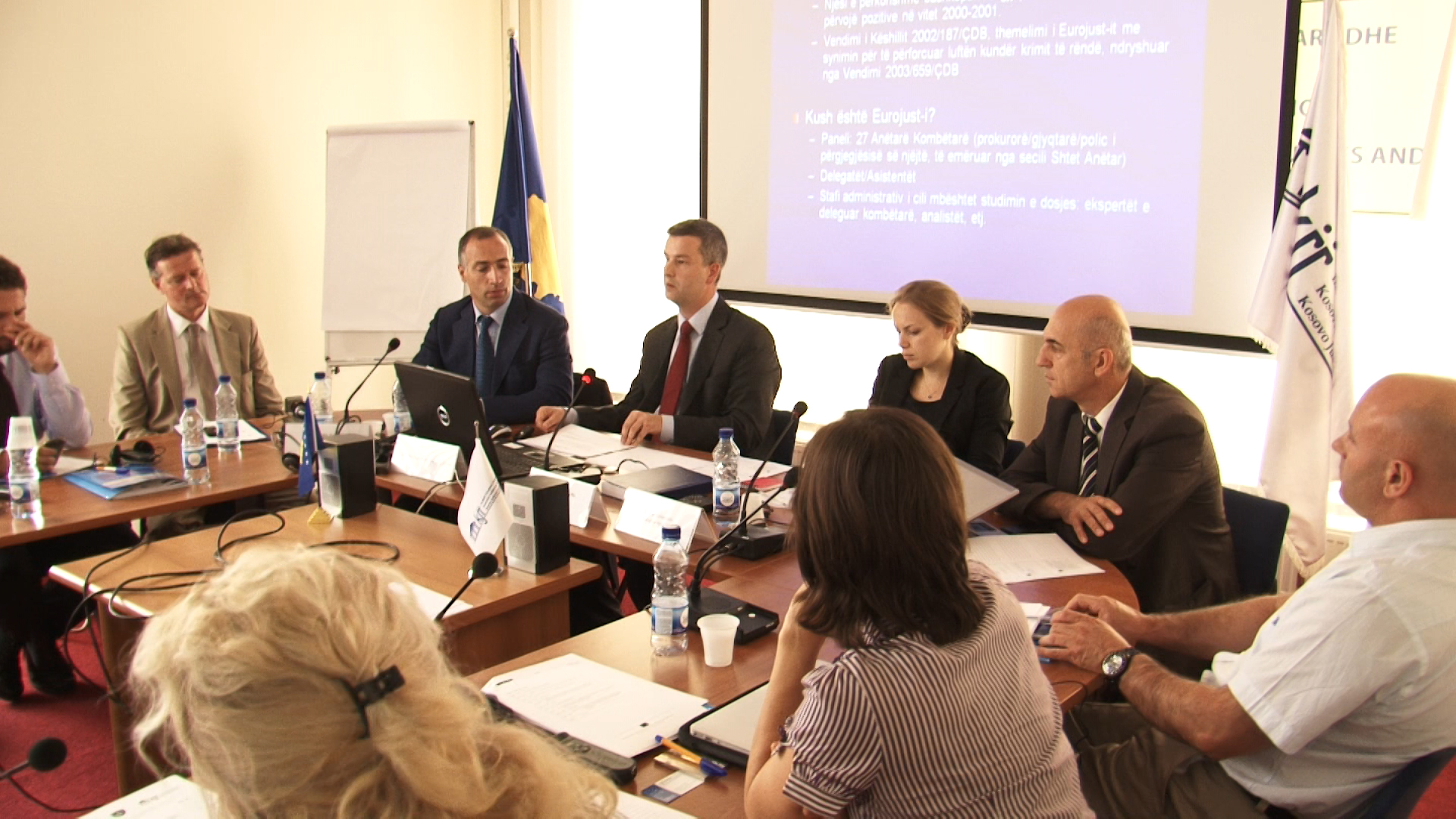 EULEX prosecutors, judges and lawyers have been involved in training their local counterparts, including law enforcement personnel, in a four-day seminar entitled “The Legal Instruments on Trafficking in Human Beings and International Cooperation.” The participants, among other things, had the opportunity to learn about the international treaties, investigative tools, regional cooperation, and EU framework in regard to trafficking of human beings.

Robert Kucharski, a EULEX prosecutor from Kosovo Special Prosecution Office (SPRK), explained to participants the possibilities of exploring EUROJUST, as a European Union judicial unit in cooperation with Kosovo.

“The aim of this presentation was to offer Kosovo judges, prosecutors, and police officers, the possibility to discover the new methods of combating these crimes, especially in the framework of European integration and cooperation,” said Kucharski, adding that EULEX is involved in this project due to the fact that, as a rule of law mission in Kosovo, it is handling most of the serious cases of organised crime through the SPRK. “Acquainting our counterparts with the European scheme of fighting organised crime would benefit the effectiveness of those efforts,” he added.

This training is part of the project "Strengthening Institutions in the fight against trafficking in human beings and domestic violence," which is financed and managed by the EU Office in Kosovo. The training was implemented in cooperation with the Kosovo Judicial Institute.

“The project aims at strengthening the actions of the Kosovo institutions against trafficking of human beings. In particular, the targets and the assets of the organised crime groups involved in this kind of crime,” said Francesco De Lellis, a Senior Expert/Training Leader with the project.

Kucharski says that it is important to facilitate cooperation among law enforcement agencies and judicial bodies, and that this conference presented the counterparts with a comprehensive view of methods, tools, and possible legal mechanisms that are being possibly engaged in fighting organised crime, especially in the area of trafficking of human beings that might be the possible solution for the future.

The training concluded with a mock trial on a trafficking of human beings case where a EULEX judge, prosecutor, and a legal officer worked with their local counterparts on the strategies of the hearing, cross examination and the trial proceedings in general.