Working together to strengthen local capacities 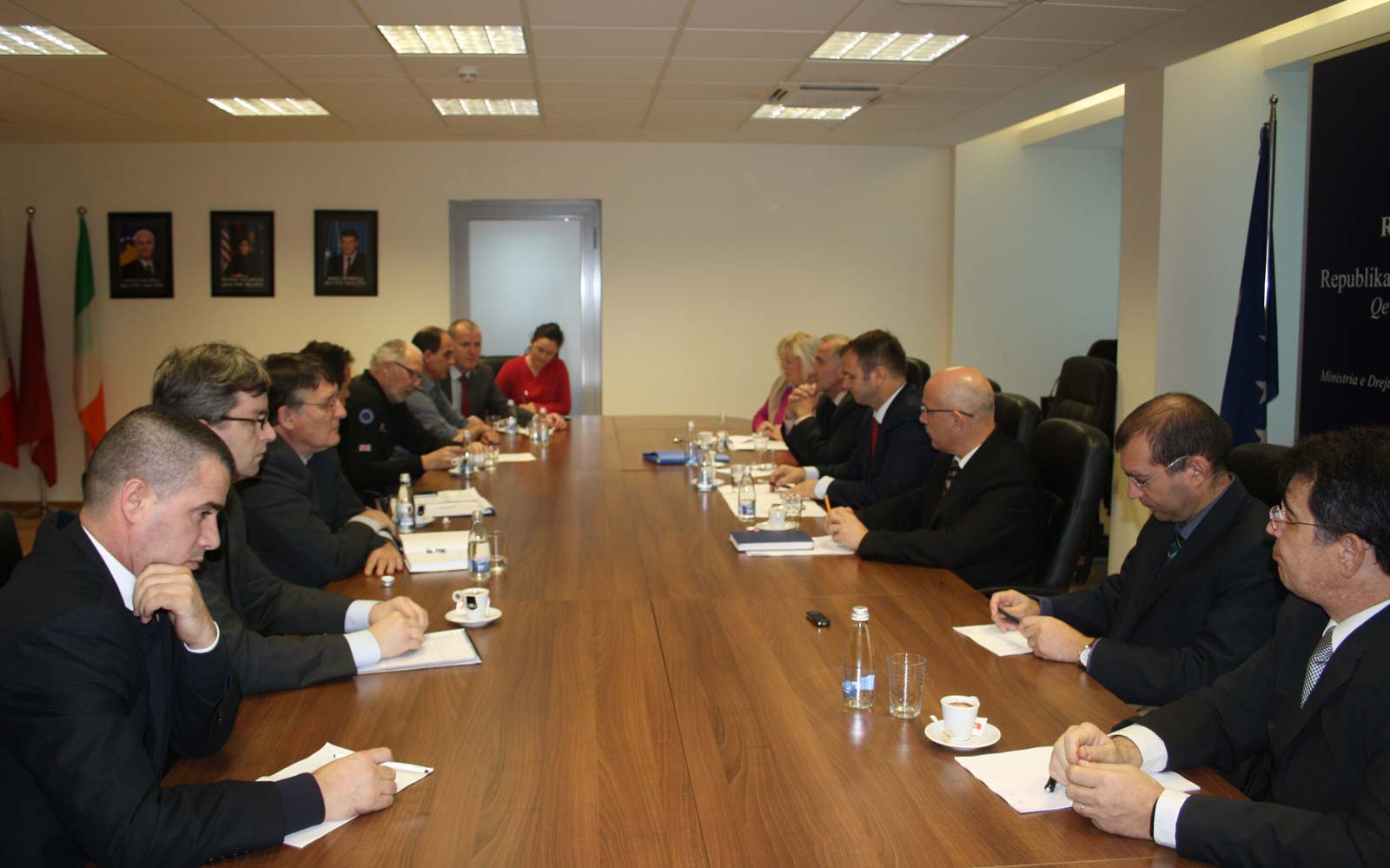 The first meeting of the Kosovo Correctional Service (KCS) Task Force took place in the Ministry of Justice in Pristina on 25 November. This preliminary meeting was opened by Minister of Justice Hajredin Kuci.

The primary duty of this Task Force shall be the KCS performance assessment and recommendations in addressing challenges deriving from Progress Report 2013, with special emphasis on Dubrava Correctional Center.

EULEX was represented by Head of the Strengthening Division, Peter Bach, and EULEX Chief Prosecutor Jaroslava Novotna. The speakers welcomed this initiative and expressed full support to its work. Good overall assessment of the KCS was underlined but also there is need for further improvement of performance of the Kosovo Correctional Service as an important component of administration of justice process.

Upon a decision of the Minister of Justice the Task Force is composed of international and local members.