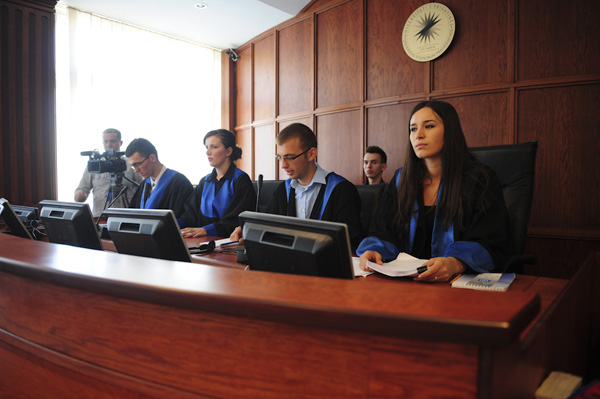 
The âmock trialâ or the pretend trial session was organized by the EULEX Press and Public Information Office. The event was supported by the EULEX judges and prosecutors working for the EU Rule of Law Mission in Kosovo, the French Embassy and the Law Faculty of the Pristina University.