Investigations in the north â advances and difficulties 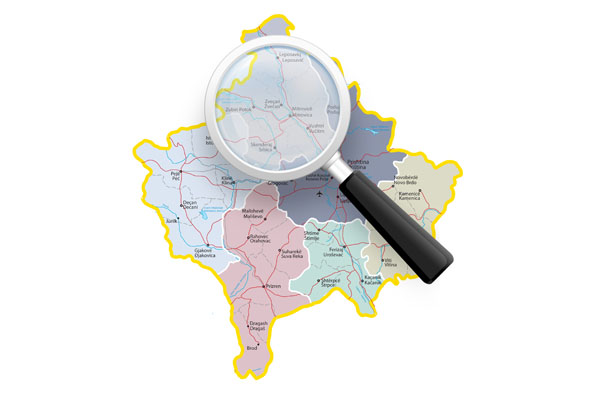 The EULEX Task Force MitrovicÃ«/a (TFM) is working on cases in the north and those investigations mentioned are on-going. In some cases the TFM is working jointly with the local Kosovo Police.

EULEXâs main investigative tool for the north is the Task Force MitrovicÃ«/a (TFM). The TFM is part of the Executive Division of EULEX and is comprised of a dozen international police investigators, a handful of customs officers, two international prosecutors and an international legal officer. The TFM became operational in 2010 to investigate, arrest and prosecute individuals involved in serious crime in the MitrovicÃ«/a region. The MitrovicÃ«/a region encapsulates six municipalities in the northern part of Kosovo which includes what is commonly known as the ânorthâ. The term the ânorthâ, which you will hear in cafes, political discourse and in international internal communications, has shifted away from legal jurisdictions to be defined by the area and dynamics north of the river IbÃ«r/Ibar. That said, serious crime and smuggling usually cannot be pushed to one side of the IbÃ«r/Ibar or the other: criminal networks and activity often bridge the river and ethnic groups and cover more turf than most think.

The District Prosecution Office of MitrovicÃ«/a also works on cases covering the six municipalities and deals with a larger bandwidth of cases from murder to assault, and as such does not have as focused a mandate as the TFM does. The EULEX prosecutors file indictments at the MitrovicÃ«/a District Court (MDC) which currently has EULEX judges on site issuing verdicts and judgements.

Since 2010, TFM has worked hard to carry out a number of operations and arrests both north and south of the river IbÃ«r/Ibar. For example, on 12 July, the TFM led a joint operation with the Kosovo Police in connection to the Brdjani /Kroi i Vitakut murder case involving a violent incident that took place in November 2011 resulting in the murder of Savo Mojsic. Four persons were arrested initially but two were later released. The other two suspects were detained in police custody but later released by the MDC. One of the suspects was found in possession of weapons and/or ammunition without proper authorisation. Two other persons were put under arrest for unauthorised possession of weapons and/or ammunition. During the operation, three houses were searched and two AK 47 rifles with around 110 bullets, 1 pistol with 5 bullets and 1 hand grenade were confiscated. The case is being investigated by a mixed team of one EULEX and one local District prosecutor.

The TFM has carried out fourteen arrests and nineteen house searches in the MitrovicÃ«/a region in relation to smuggling and organised/major crime so far. The dozen or so investigators working in the TFM are dealing with over thirty-two active cases. That works out in practice to be one investigator dealing with up to three cases of serious crime or smuggling. According to the Team Leader of the TFM, back in his own country, there can be up to twenty police officers assigned to just one case of equal weightiness.

Investigations into organised crime and smuggling are complicated in any country in the world and take time. In the MitrovicÃ«/a region of Kosovo, the TFM are immersed in a seemingly bottomless sea of complexity. Inevitably, a lot of the information, methods and work must remain confidential to protect investigations and give them a greater chance of success. As such the name and origin of the TFM team leader is not disclosed in this article. Also details about the Brdjani /Kroi i Vitakut case and the Enver Zymberi case are generally not given which results in the oft issued press line of âthe investigation is on-goingâ much to the dismay of some journalists.

âOne of the big problems we face is the lack of free access in the regions north of the IbÃ«r/Ibar and access to a crime scene is the most basic of basics when it comes to investigating a crime. We do get selective access to crime scenes, but itâs a very haphazard affair, some places we go and some we canât.â said Team Leader of TFM.

Another significant impediment is the lack of trust in the TFM from the local community living north of the IbÃ«r/Ibar and also to a lesser extent in the south. Despite the complex socio-political environment the TFM and the people are living and working in, an investigation cannot advance without witnesses and victims willing to cooperate with EULEX. The work of justice is partly in the hands of investigators, prosecutors and judges and partly in the hands of ordinary people. The process of justice cannot even begin if the people who live and work in the towns and villages affected by serious crime will not speak and give evidence to EULEX. And EULEX does offer witness protection and confidential methods of giving information.

It should also be noted that there are counter prevailing interests and forces in the current political milieu on both sides of the IbÃ«r/Ibar that do not make it conducive for the TFM to carry out its work and for the local community living in the Mitrovica region to come forward with information unhindered.

Besides the work of the TFM, EULEX Mitrovica District prosecutors have filed a large number of indictments and EULEX judges working in the MDC have issued over 40 verdicts in serious criminal cases since the court was reopened in 2009. EULEX has advisors for the correctional centre in the north and has an executive presence at Gates 1 and 31 checking commercial and non- commercial traffic. EULEX supports the KP, through monitoring, mentoring and advising activities in the four police stations north of the river IbÃ«r/Ibar. EULEX also has other aspects of the Mission located up north in what is called the EU house, including Political/Reporting officers, Planning/Coordination/Compliance officers, Department of Forensic Medicine officers and Press and Public Information officers.

The TFM plans and has already started with initiatives to increasingly reach out to the community to explain the confidential and anonymous methods of giving evidence to the TFM. The TFM is ready to answer questions, address concerns and engage the community so that they can work together on getting criminals out of their communities and behind bars.