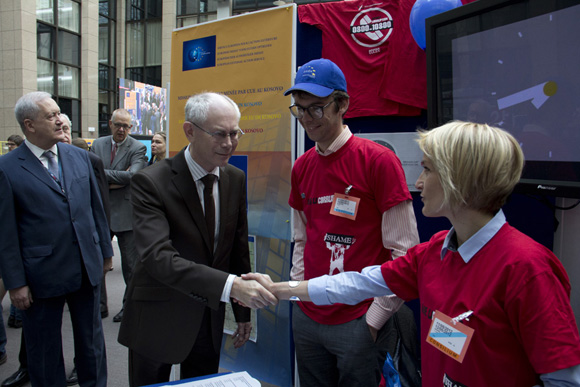 Twelve EU CSDP missions/operations, including EULEX presented their work at the EU open day celebrations in Brussels. The event was organised by the European External Action Service and EULEX's Press and Public Information Officers were present to explain to a throng of visitors the role of the Mission and its activities.

The President of the EU Council, Herman Van Rompuy, and the Civilian Operations Commander, HansjÃ¶rg Haber visited the EULEX stand where EULEX staff presented detailed aspects of the Missionâs work including the work of the Department of Forensic Medicine through showing parts of a EULEX produced documentary.

The constant stream of visitors, that came from many parts of world, had the opportunity to participate in a quiz and test their knowledge about the Mission.

Co-workers and representatives in Brussels praised EULEXâs Press and Public Information work and requested a sharing of ideas exercise so that other EU mission press offices operating in different parts of the world, could benefit. 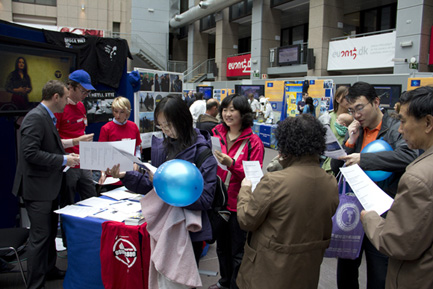 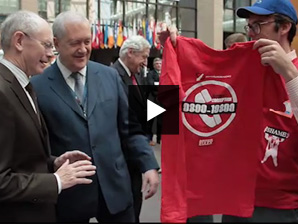