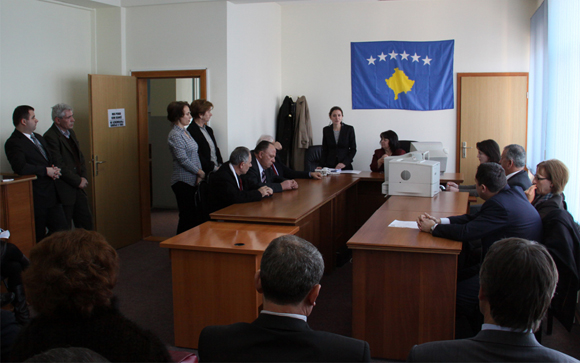 
This information point also educates people to respect the judgesâ independenceâ, said Alice Pisapia, a EULEX legal officer who has worked on the project