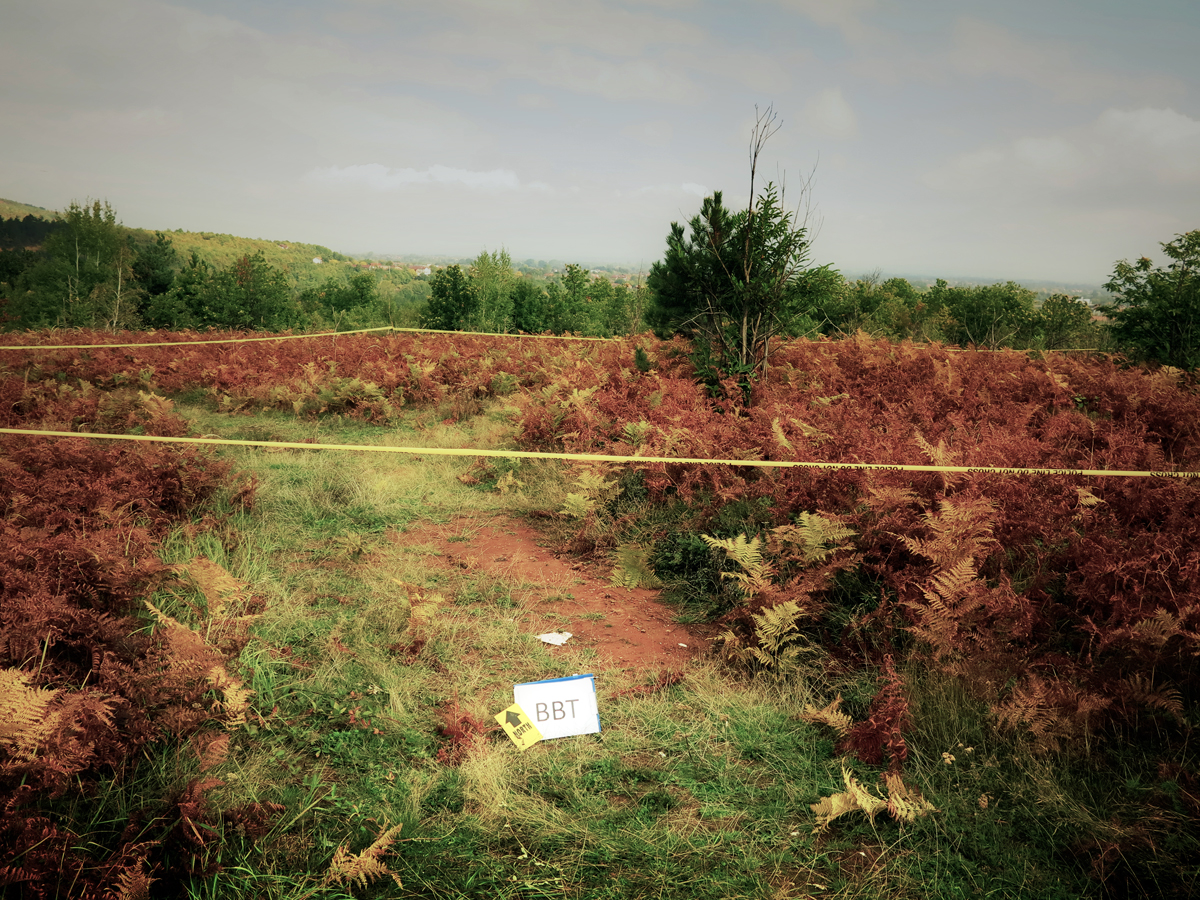 EULEX experts from the Department of Forensic Medicine (DFM) and EULEX War Crimes Investigation Unit (WCIU) on Saturday (12 October 2013) recovered the remains of at least four persons believed to belong to the time of the conflict in Kosovo. The discovery was made by a citizen who was walking across a field near the village of RastavicÃ«/Rastovic in DeÃ§an/DeÄani. The find was reported to the Kosovo Police and the EULEX WCIU on Friday afternoon. The following day EULEX DFM forensic experts, officers of the WCIU, and KP from DeÃ§an/DeÄani ,attended the scene and recovered the remains.

Alan Robinson, DFM Co-Head said that they found a substantial number of human bones, some clothing and other strong indications that these remains date back to the period of the conflict in Kosovo or the period around it.

"We are treating them like potential missing persons. We have determined the presence of at least four individuals, three adult males and possibly one adult female. The remains were on the surface for many years and therefore the remains are incomplete and were very scattered. It is in fact possible that this was not the original site of deposition and that these remains were brought here from another location. We will conduct further forensic analysis at the DFM and we are hopeful that we will be making identifications in the near future", said Robinson.


Since the beginning of the Mission EULEX experts at DFM have conducted 407 field operations, aimed at gathering ground-based data which potentially could lead to exhumations and other associated forensic processes. So far the remains of 355 individuals have been returned to families. Of these, 267 were missing persons, while the rest relate to criminal cases or requests for confirmation of identity by families.