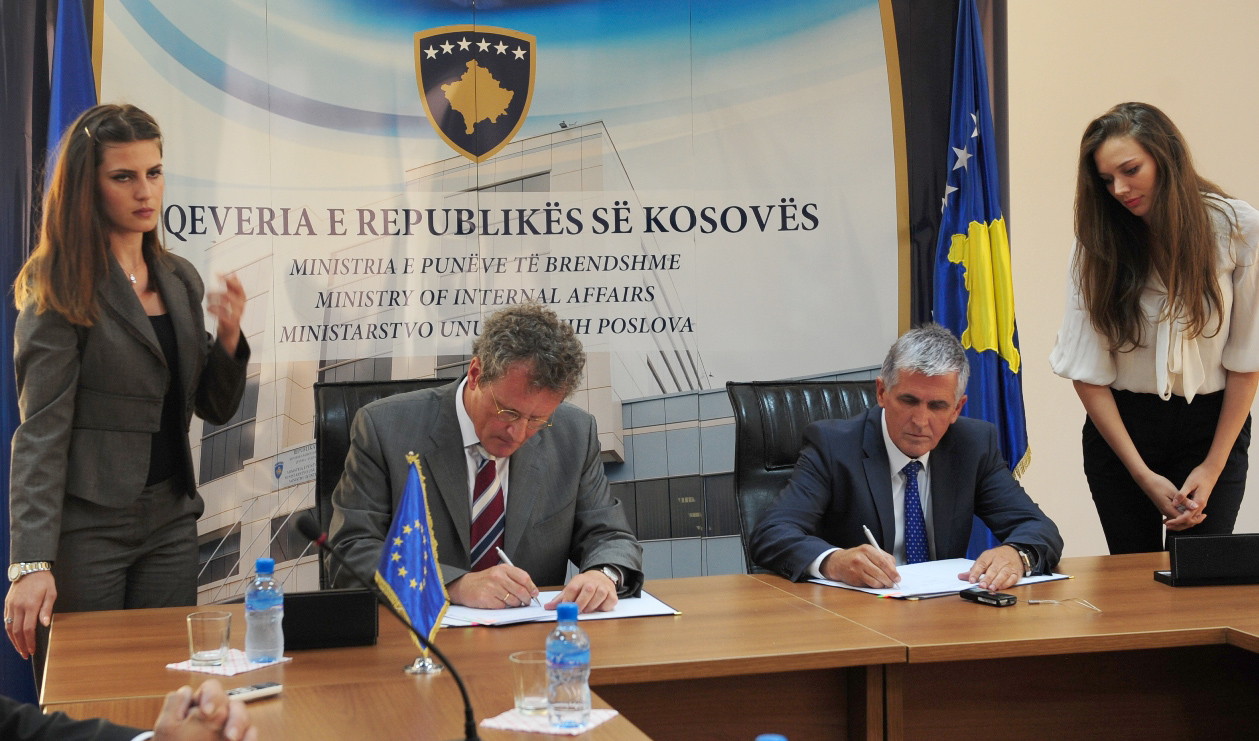 The agreement aims to facilitate the sharing of information between KP and EULEX Police with the aim of preventing, detecting and reducing crime in Kosovo. In particular it has to do with organised crime, trafficking of human beings, weapons and narcotics, financial crime, high level corruption and civil unrest.

Bernd Borchardt, the Head of EULEX, emphasised the importance of intelligence sharing between the mission and Kosovo Police in fighting crime in Kosovo.

"Partnership between Kosovo rule of law institutions and EULEX continues to remain a priority for the mission. As more and more cases are being investigated jointly by investigators of EULEX and the Kosovo Police, this agreement will enable exchange of intelligence, which will further the cooperation in the fight against organised crime and other criminal offences in Kosovo", said Borchardt.

Minster Bajram Rexhepi said that "this agreement enables secure, reliable and efficient exchange of strategic and operational information and criminal intelligence necessary for the prevention, detection and investigation of serious crime. The already good cooperation with EULEX is expected to be further strengthened with this technical agreement in place".