One Person, One Record 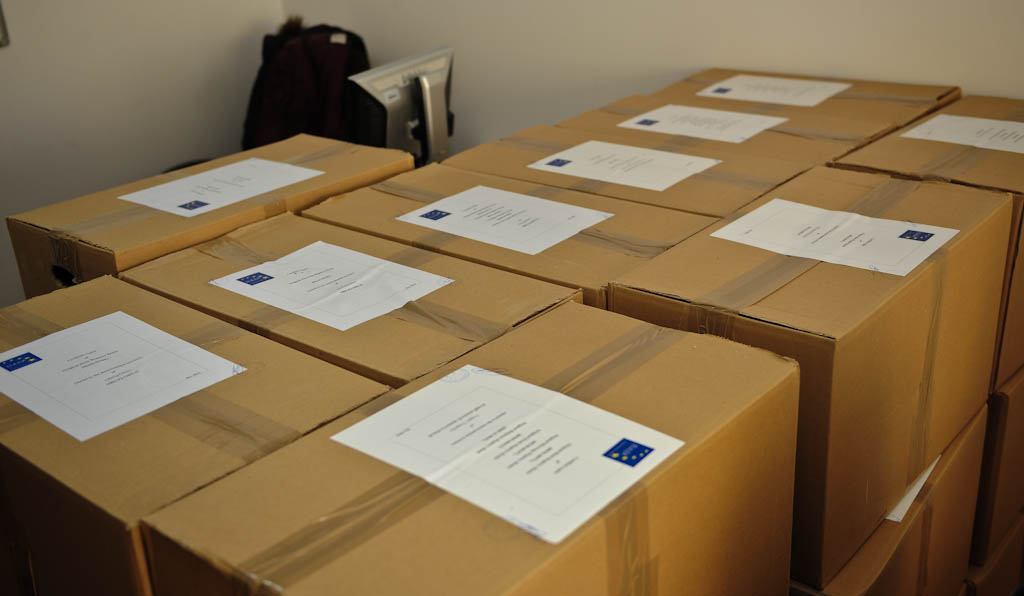 Before the handover of the certified copies of original civil and religious registry books of birth, marriage and death, from Serbia to the Kosovo authorities, the daily work of the municipal civil status officers was much more difficult than it is today. It was no easier for an ordinary Kosovo citizen, too, to request any kind of civil status documents.

At this time, the municipal civil status officers could only rely on the data in reconstructed books, which contained very limited information. However the situation changed significantly when the certified copies became available.

As part of the EU-facilitated Dialogue Agreement reached on 2 July 2011 between Pristina and Belgrade, EULEX together with European Union Office in Kosovo and its implementing partner, the Danish Refugee Council, successfully handed over to the Kosovo Civil Registry Agency a total of 12,391 civil and religious registry books of birth, marriage and death, covering 22 Kosovo Municipalities.

“The agreements among Pristina and Belgrade reached in Brussels on 2 July 2011 within the framework of the technical dialogue have called for prompt implementation on both sides,” clarifies Tereza Dineva, from the EULEX Advisory Unit on Internal Matters.

The certified copies contain the data of citizens from the moment of birth – this means that whenever Kosovo citizens request civil status documents they no longer have to resort to personal evidence  to prove their identity.

The project centre where the certification took place was set up in Nis, Serbia, and the certification process included the identification  and training of staff, the transportation of original civil registry books (CRBs) from different municipalities to Nis and back, as well as the digitalization of the original civil registry documents, which totals around two million pages. After all 12,391 of the CRBs had been processed and certified, they were finally handed over to the Civil Registry Agency in Kosovo and onward to the respective municipalities.

However, the EULEX responsibilities assigned by the agreements in Brussels didn’t end here. EULEX was responsible for “establishing a fully reliable civil status system in Kosovo” through the use of the certified copies of civil registry books.

“In mid-April 2014 we started conducting field visits to the municipalities that received the certified copies of the religious and civil registry books held in Serbia. The purpose of undergoing these visits was to assess the utilization of the certified copies in the daily activities of the municipal civil status offices and identify all areas requiring attention for further improvement” explains Ms Dineva.

“Our general observations, conclusions and recommendations related to the use of the certified copies of the civil registry books are presented in the consolidated report for Pristina region and which was shared with the Civil Registration Agency (CRA),”adds Dineva.

In accordance with its responsibilities EULEX, through the Joint Committee meetings on civil registry, has advised the Civil Registry Agency to continue with the second phase of digitalizing the civil registry books.

The digitalization of civil registry books includes data entry and the establishment of a full link that feeds the Central Civil Status System with data from the existing original, duplicate, reconstructed and certified registry books.

“The work of the Civil Registry Agency will contribute to the establishment of a sustainable and reliable civil status system which is a key requirement in the visa liberalization process and ultimately the rule of law in Kosovo,” explains Ms Dineva.

The EULEX team aims to build its close co-operation with the Civil Registry Agency so that it can distribute certified copies to civil status offices in the northern municipalities of Kosovo.

Preliminary assessments of the work in the Civil Status and Civil Registry Offices in North Mitrovica are planned in order to continue with the establishment of a fully reliable and sustainable civil registry system all over Kosovo. The idea is to identify potential areas that require additional legal and administrative mechanisms for the provision of effective registration services.

Once the agreement is fully implemented it will contribute to establishing a sustainable and reliable Civil Registry in Kosovo as envisioned in the European Commission Progress Report, and will act as a future benchmark in the road map for the opening of a visa dialogue. 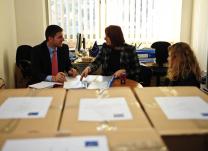