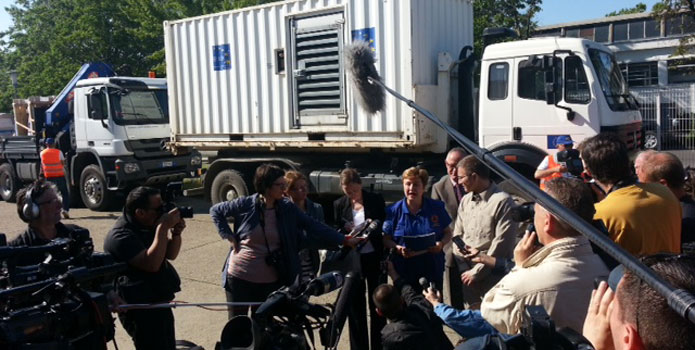 The donation includes two high capacity generators, which can produce electricity for up to 800 households, showers for emergency situations, which can be used in the field for decontamination, disinfection and other procedures, heaters, and tanks for boiling water with 20 litres capacity â 10 pieces.

The donation was handed over to the Emergency Situation Centre within the Ministry of Internal Affairs (MIA) of Serbia, and the delivery was carried out by Kristalina Georgieva, EU Commissioner for International Cooperation, Humanitarian Aid and Crisis Response.

As of Sunday, 18 May, EULEX helicopter, together with two crews and emergency situations equipment, which also includes platforms and lathe for extraction of victims, has been provided to the Government of Serbia. Until now, EULEX pilots, together with staff members of the MIA of Serbia, carried out operations in which around 4100 kg of food and medicines have been delivered to areas affected by floods throughout Serbia. Next task is to deliver around 1.5 tons of food and medicines, however priority is being placed on evacuating affected people.

EULEX provided its resources to the Government of Serbia, and primarily to those affected by floods in Serbia. Thus far, EULEX Mission in Kosovo delivered 5000 meals, 7600l of water, 200 sleeping bags and 200 portable beds to the Red Cross Warehouse in Mladenovac, as instructed by the Emergency Situations Centre of the MIA.

EULEX is ready to help in any manner, depending on the needs. There is an ambulance with crew on standby and is ready to react in case there is a need for. 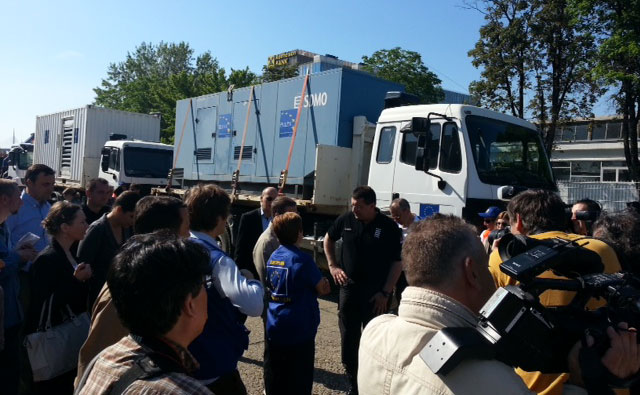 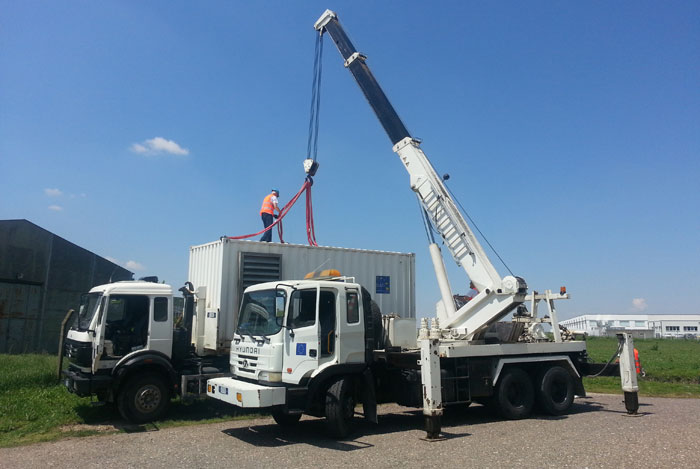 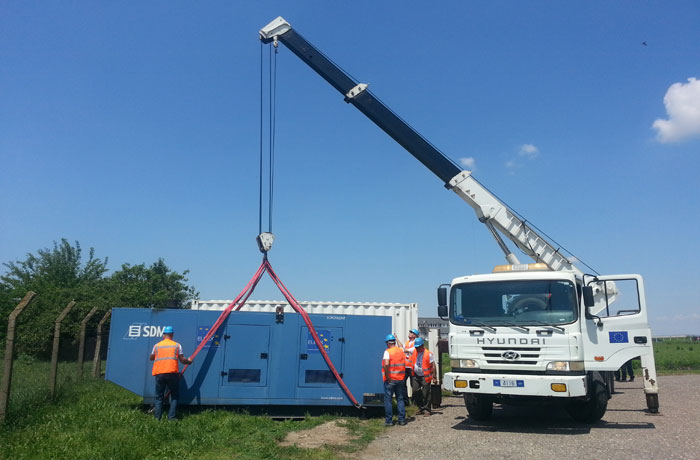