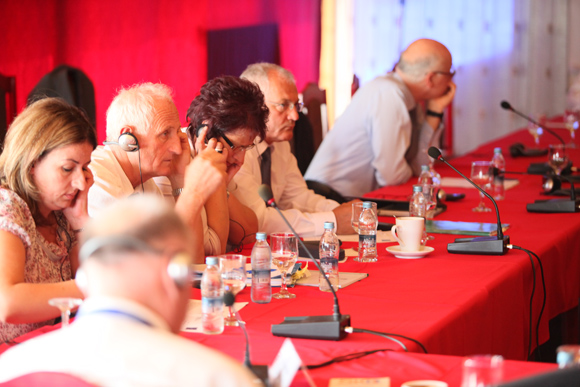 âAfter reading a number of judgments and studying sentences, many of us have come to believe we need to have a discussion and some uniformity of thought on the subject of sentencing. This led us to initiate todayâs seminarâ Charles L. Smith III, Vice President of the Assembly of EULEX Judges, told a group of Kosovo and EULEX Judges in a Seminar on Sentencing in Kosovo that was held on 26 September and organised jointly by the Kosovo Judicial Institute (KJI) and EULEX Justice Component and Best Practices and Training Office.

âAt the Supreme Court, we have noticed many disparities and differences in sentencing practices and procedures among Kosovo Judges and among EULEX Judges and these differences occur regardless of who is sitting in the panels.â The joint KJI â EULEX Seminar was but one step in trying to bring greater certainty and consistency in sentencing and to reduce unwarranted sentencing disparities.

Sentencing is not a matter of concern that is limited to Kosovo. On the contrary, vigorous debate about the correct way to determine sentences is ongoing in many countries. Such debates were discussed during presentations on sentencing practices in other countries - Judges Dean Pineles presented the current practice and ongoing debate in the USA, Judge Vitor Pardal did the same for practice in Portugal, and Judge Gianfranco Gallo for Italy. Coincidently, only one day before the seminar, the NewYorkTimes published a front page story covering the energetic debate on sentencing in the USA.

Such debates will continue, in Kosovo as well as elsewhere. As Judge Smith says ââ¦no one has all the right answers when it comes down to deciding on an appropriate sentenceâ¦but by listening and discussing the problems together, we can try to go through the same thought processes when deciding on a sentence and become more consistent.â

The event was jointly opened by Mr Lavdim Krasniqi, Director of the Kosovo Judicial Institute, and Charles L. Smith III, Vice President of the Assembly of EULEX Judges. It was an excellent opportunity for Kosovo and EULEX Judges to exchange opinions with many distinguished speakers, among them Ms Emine Mustafa, Acting President of the Supreme Court in the absence of President Hasani; Ms Nesrin Lushta, Supreme Court Judge; Ms Metije Ademi, General Director of Probation Services, and many others.

Discussions revolved around several issues: what happens to convicted persons when they are in prison? What are the sentencing options available to Judges in Kosovo? What alternative measures can Judges utilize? How are people on probation or conditional release supervised? How does the defense bar react to sentencing practices?

All participants agreed they regarded this seminar as a good starting point in joint effort in bringing about more consistency in sentencing practices in Kosovo. Finally, the joint organization of seminar between KJI and EULEX and participation of both Kosovo and EULEX Judges was deemed to be an excellent forum for future discussions on matters of joint concerns in the field of justice. 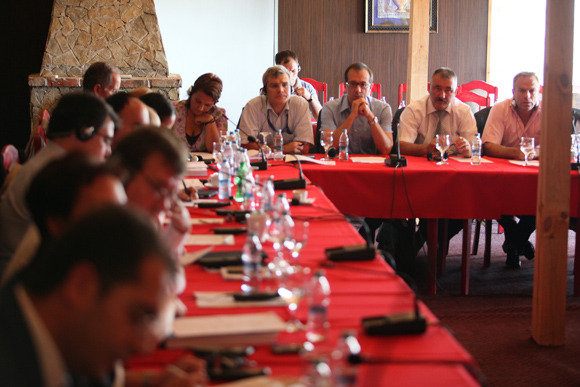