The negative consequences of counterfeit goods 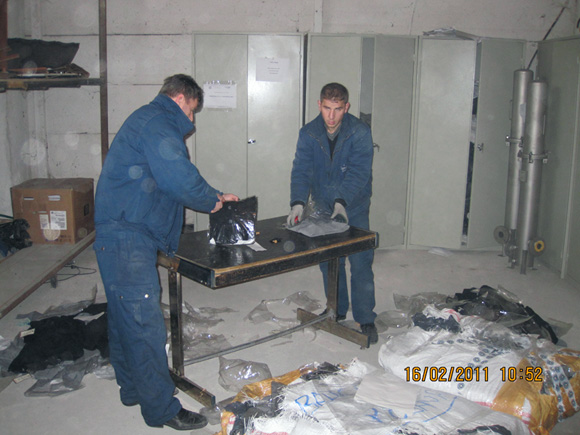 
Thanks to an EU Customs and Taxation Assistance (EUCTA) project with Kosovo Customs (KC), managed by the European Commission Liaison Office in Kosovo, the KC IPR unit received expertise, including 5 IPR training workshops for 60 KC officers.

To date KC has dealt with 26 cases of goods which infringed on IPR: in 8 cases the counterfeit goods were destroyed. According to Mark Pegler, EUCTA project manager: âDetection is low but increasing. Since last October 2010, over 215, 000 pieces of fake goods were seized by Kosovo Customs worth â¬700,000.â Most IPR violations occur at Vermica, Hani and Pristina airport.

The issue of fake goods is illustrated by the recent imports of Apple iPhones.

In early May 180 fake Apple iPhones 5 arrived in a consignment at Pristina airport. According to Gareth Reed, EULEX Customs Risk Assessment Advisor: âThey were properly declared as mobile phones, but under valuated. KC raised their value from around â¬12 to around â¬36 each, although their street value was around â¬100.â

This incident demonstrates the complexity of dealing with fake products: 1. Since Apple had not yet registered its brand with KC (it did so on 20 May), no offence had been committed. KCâs only option was to treat the fake goods as a genuine Apple product and allow their import; 2. The fact that the invoices were undervalued meant a loss of Customs duty and VAT for KC, even at the reevaluation to Euros 36; 3. The sale of such fake Apple phones also represents a revenue loss for Apple as the genuine iPhone 5 will cost â¬400-500.

On 21 May KC made another discovery of genuine Apple accessories at Pristina airport: upon examination, 527 mobile chargers and headphones were discovered invoiced as fakes and both valued US$O.50cents vs the brand price of US$29 and US$39.95 respectively.

Rule of law and protection of society issues

The fight against counterfeit goods are both rule of law and protection of society issues. The KC IPR unit has an important role to play. The unit has overseen destruction of shoes, fake watches and textiles. However, currently Kosovo does not possess the equipment allowing for the environmentally-friendly disposal of goods containing harmful toxins, such as the 180,000 bottles of seized fake Chinese shoe polish. 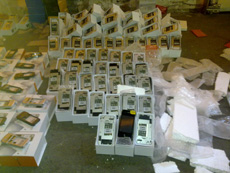