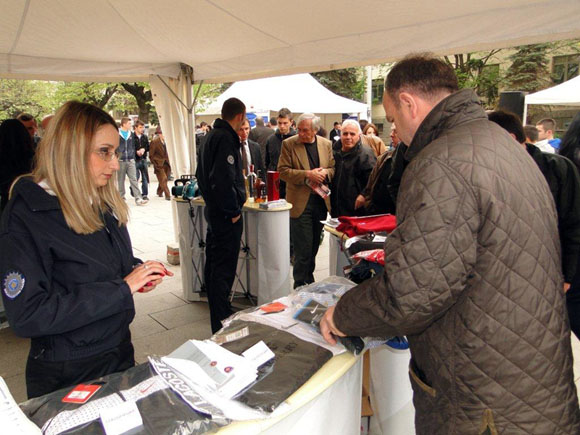 The issue of Intellectual Property Rights (IPR) is closely tied to economic development and protecting society. Respect of intellectual property rights is also tied to the rule of law. These are matters in the purview of Kosovo Customs and EULEX Customs in its Mentoring, Monitoring and Advisory and legal expertise areas.

IPR was the theme of a workshop, organized by the European Commission Liaison Office (ECLO), held on 28 April 2011 at the Grand Hotel Pristina. The key speakers included Mrs. Mimoza Kusari, Minister of Trade and Industry, Memli Krasniqi, Minister of Culture Youth and Sports and Buhri Berisha, Head of Kosovo Customs Law Enforcement Directorate.

Given the importance of economic development for Kosovo, protecting patents, trademarks, industrial designs via copyright â a key theme of the workshop - is a priority matter for Kosovo Customs and EULEX Customs. Sales of counterfeit good cause enormous losses to owners of patents, negatively impacts jobs and discourage foreign investment. On another level, the availability of non-certified medicines is a threat to the publicâs health.

Mike Marsden, Head of EULEX Customs, comments: âMost people associate counterfeit goods with clothing, they donât think about pirated aero engines or automobile brake parts which pose a real danger to people using themâ. Enforcing IPR legislation is about the protection of society, as well as denying organized criminal groups access to an important source of their funding.

In 2009 Kosovo Customs established a unit for protection of IPR: the officers work at Kosovoâs border crossing points to detect such imports. Training for the KC officers is being provided by an EU Customs and Tax Assistance project under the EU Enlargementâs Instrument for Pre-Accession Assistance.

To date Kosovo Customs has dealt with 17 cases where the parties violated IPR, mostly food and clothing violations. âAccording to the Copyright Law, KC is obliged to protect only those products of companies that have registered their products,â says Bahri Berisha, Head, Kosovo Customs Law Enforcement Directorate.

So far more than 10 companies have registered with Kosovo Customs, including global brands like Timberland, Gucci, Abercrombie & Fitch and Nike.

A large counterfeit goods seizure â fake apparel and wristwatches from internationally-known brands Timberland, Gucci and Abercrombie & Fitch â occurred at the Vermica B.C.P. on 29 November 2010. The EULEX Customs mobile unitâs was present during the examination and the seizure of the goods.

Seven other international brands, including Ralph Lauren, were also part of the counterfeit imports but, since they had not sought IPR status, the goods could not be seized.

According to Naim Huruglica, Head of Kosovo Customs: âKosovo Customs has the same objectives as other customs organizations around the world. Those objectives relate not only to tax collection but also protection of society and legitimate business, goals attained through fighting illegal and counterfeited goods.â 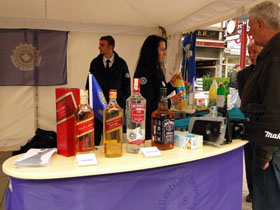