EULEX cooperation around the world 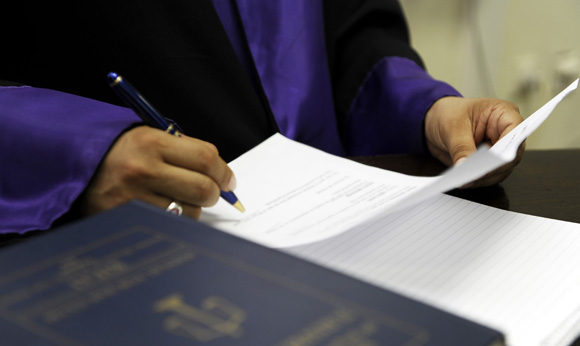 On 20 January 2012, the Stockholm (Sweden) District Court sentenced Milic Martinovic to lifetime imprisonment for war crimes. The judgment was partly based on information and witness statements obtained in cooperation with EULEX judges and prosecutors in Kosovo, who had their own investigation into the case. EULEX assisted in this case at the request of the Swedish prosecutor.

Martinovic was found guilty on charges that included crimes against humanity, inhuman treatment, murder, attempted murder, kidnapping, looting and arson against civilians. The court ruling includes the granting of compensation to several victims for a total of 1.600.000 SEK (180.000 EUR). The crimes took place in the village of Qyshk/Cuska, Kosovo, on 14 May 1999. The defendant has the right to appeal.

This is just one in a series of cases where EULEX prosecutors and police investigators in their executive mandate, supported by the Kosovo Ministry of Justice, cooperate with legal authorities all over the world. On the 6 January this year, a resident of Peja/Pec was extradited by Albania to the United States on charges of smuggling of migrants. EULEX prosecutors have provided crucial information to US authorities, needed to build their case. In connection to this case, EULEX prosecutors and investigation teams have been investigating an alleged structured group of individuals in Kosovo, involved in organised crime and smuggling of migrants from Kosovo to European countries. On 26 January this year, a EULEX pre-trial judge confirmed the indictment against these eight individuals allegedly involved in smuggling of migrants.

According to Signe Justesen, the new Head of Kosovoâs Special Prosecution Office (SPRK) appointed by EULEX, international legal cooperation is a crucial tool to effectively prosecute crimes, in a world where crime knows no frontiers.

âIllegal migration, internationally-operating crime networks and smuggling, are cross-border phenomena that demand from prosecutors all over the world to work together. Through the composition of SPRK, with prosecutors from a wide range of countries working together with Kosovo colleagues, EULEX is well positioned to utilize the international assistance available in order to effectively combat international organized crimeâ, said Signe Justesen.

Judicial cooperation has also worked the other way around. In two recent convictions by EULEX judges, related to international drug smuggling (27 May 2011; 3 November 2011), information was provided by prosecutors in Switzerland and other countries. Furthermore, the ongoing Medicus trial is another example of the crucial role of good international legal cooperation.